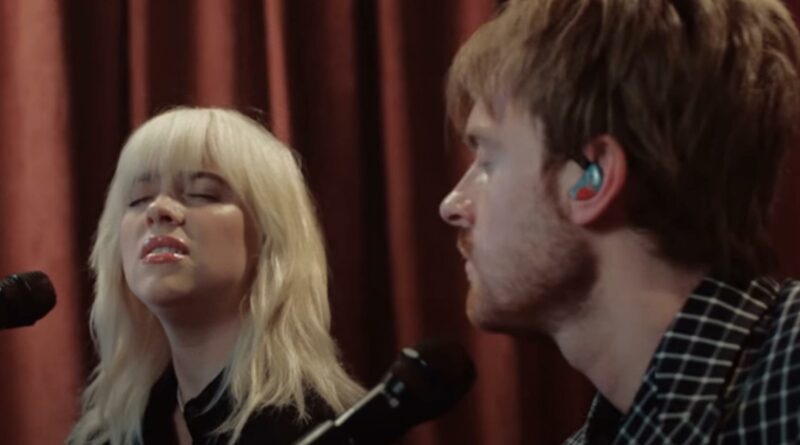 Billie Eilish swung by BBC Radio 1’s Live Lounge to perform a four-song set, including three tracks from her new album Happier Than Ever and a cover of pop standard “I’m in the Mood for Love.”

Eilish’s cover pulls mainly from the 1955 Julie London version, with the singer’s jazzy vocals accompanied by her brother Finneas on acoustic guitar.

Elsewhere in the set, the duo performed a piano rendition of “Getting Older,” as well as the more upbeat “I Didn’t Change My Number” and “NDA” that skewed closer to the album cuts.

To usher in the release of Happier Than Ever, which came out July 30th, Eilish will release a Disney+ concert special Happier Than Ever: A Love Letter to Los Angeles. The special will feature songs from her new album performed live at the Hollywood Bowl, and is set to premiere on September 3rd on the streaming platform. It marks the second Eilish documentary of the year, following The World’s a Little Blurry on Apple TV+.

Early next year, Eilish will embark on a world tour in support of the album, with North American dates set to start in February 2022. The singer is also set to headline this year’s Austin City Limits, Firefly, Governors Ball, and Life Is Beautiful festivals.