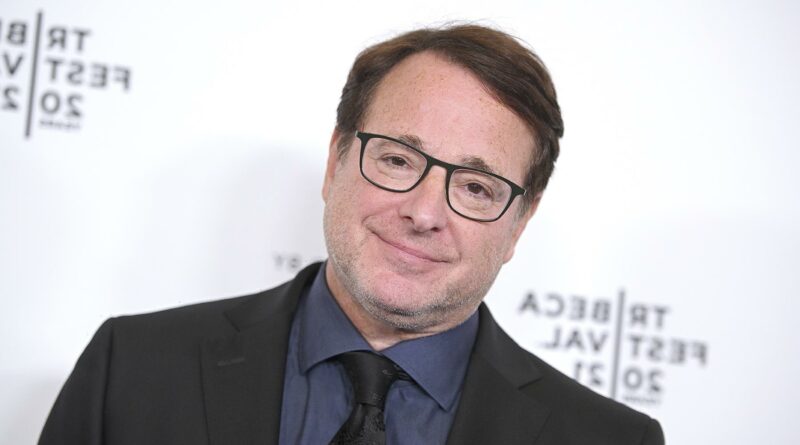 Comedian Bob Saget and Car Seat Headrest appear to have finally settled their extremely online spat, though one would not be blamed for not realizing the Full House star was “feuding” with the indie rock favorites (including the two parties involved).

On Sunday, August 15th, Saget tweeted out an apology to “all the people I’ve blocked over the years,” adding, “Just can only let positive stuff in. If I could block myself I would.” He then ended the tweet with an unexpected addendum: “And sending @carseatheadrest my very best.”

The origins of the peculiar link between Saget and Car Seat Headrest date back over a decade, to the latter’s song, “The Ghost of Bob Saget.” In the song, a narrator is visited by a variety of ghosts while grappling with everything from sexuality to office drudgery to death. “The ghost of Bob Saget haunted me yesterday,” Car Seat Headrest’s Will Toledo sings at one point. “He said, ‘Pack your bag, ’cause we know you’re gay’/So I threw him in a river in the USA/Wherever I go is so fucked anyway.”

The song and Saget’s place in it was inspired by a comic, Asscastle, written by Toledo’s friend Cate Wurtz. Without getting too bogged down in the minutiae, Toledo even tried to relay this info to Saget, responding to his tweet with, “Bob, you were in a comic my friend @partydogge wrote a while ago! From there, it became a whole thing.” (Asscastle is available to peruse here.)

So why did this tangled mess of cultural refuse wash up on the shores of Twitter’s trending topics now? Thanks to some internet sleuthing from Uproxx, it appears that some Car Seat Headrest and Asscastle fans had been chatting about the song and comic in recent days, which is how it inevitably ended up on Saget’s radar. Saget, probably not knowing what was going on, started blocking people, which in turn sparked a bit of light outrage, which ultimately prompted the aforementioned apology.

So there you go. At least Jesse and the Rippers weren’t somehow involved. And Bob, if you’re reading, do give Teens of Denial and Twin Fantasy a listen — you might like it!