Home » Bonnie Raitt, Indigo Girls Appear on 'No More Pipeline Blues (On this Land Where We Belong)' 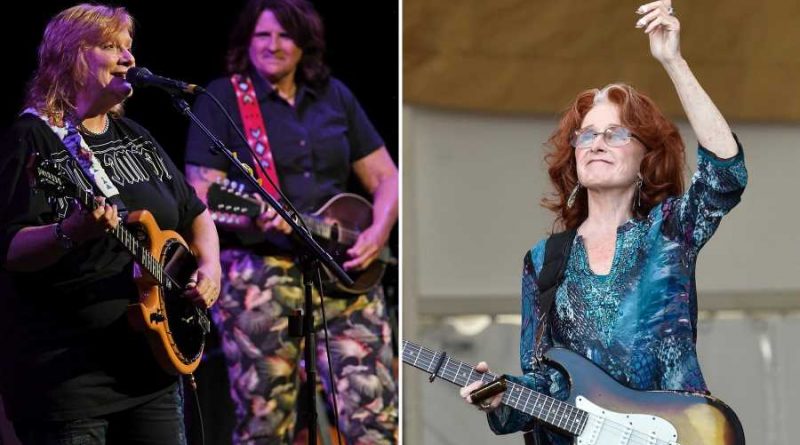 Bonnie Raitt and the Indigo Girls are among the many voices featured on “No More Pipeline Blues (On this Land Where We Belong),” out on Earth Day (April 22nd) via Rock the Cause Records.

The track supports the ongoing fight against Minnesota’s “Line 3” tar sands oil pipeline, which cuts through more than 200 bodies of water, including the Mississippi River. The resistance is heavily led by indigenous women, including activist Winona LaDuke — who has spent the last eight years trying to prevent the construction of Line 3.

In addition to Raitt, the Indigo Girls, and Duke, the song also features poet Joy Harjo, as well as Waubanewquay, Day Sisters, Mumu Fresh, Pura Fe, Soni Mareno, and Jennifer Kreisberg. It was produced and composed by Larry Long.

The accompanying video, directed by Keri Pickett, shows indigenous peoples protesting on the front line, holding signs, and confronting the police. Proceeds for the song will be donated to Honor the Earth, a nonprofit founded by Duke and the Indigo Girls.

“‘No More Pipeline Blues’ beautifully illustrates in music, singing, spoken word, and images the threats of a totally unnecessary tar sands pipeline at the end of the age of Big Oil,” Duke said in a statement. “But it also illuminates the sacredness of our environment, and yet more destructive, historical impacts to indigenous culture. Still, the song and the music video are also like prayer offered in ceremony, asking for strength, justice and preservation.”

“I’ve been involved with Honor the Earth and their work protecting Native lands and water since the early Nineties,” added Raitt. “With the climate crisis beyond its tipping point, the movement to stop these destructive and unnecessary fossil fuel pipelines is crucial and deserves more attention than it’s getting. We can join the worldwide shift to developing renewables, ensuring the protection of our environment, the creation of thousands of jobs, and lessening the risk and trauma to both Native communities and the whole Great Lakes region. I’m hopeful ‘No More Pipeline Blues (On This Land Where We Belong)’ will bring more awareness about the need to stop Line 3 and capture the attention of Minnesota Governor Tim Walz as well as President Biden, who have the authority to stop construction of the pipeline until ongoing environmental litigation is settled.”