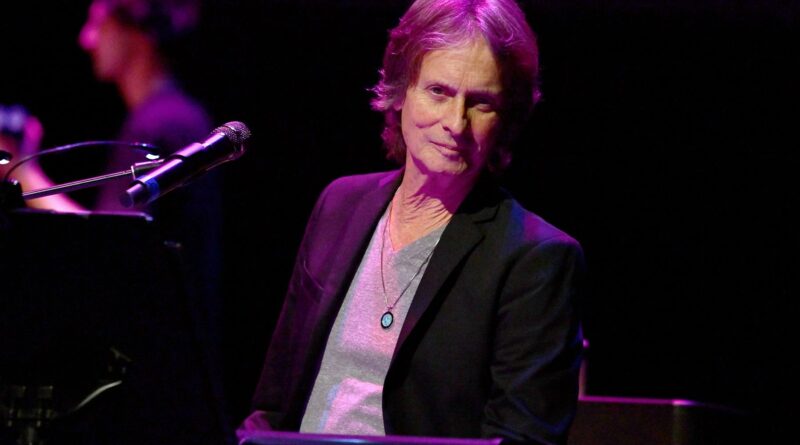 Brett Tuggle, a journeyman keyboardist who logged two decades in Fleetwood Mac during their reunion era and also served as a founding member of the David Lee Roth Band in the Eighties, has died from complications related to cancer. He was 70.

Over the course of his long career, Tuggle also played with Jimmy Page, Rick Springfield, David Coverdale, John Kay and Steppenwolf, Styx’s Tommy Shaw, and Mitch Ryder and the Detroit Wheels. During his tenure with David Lee Roth, he co-wrote the 1988 hit “Just Like Paradise.”

He is survived by his son Matt and daughter Michelle. “He was loved his family so much,” Matt tells Rolling Stone. “His family was with him throughout the entire time of his illness. He was a lovely father. He gave me music in my life.”

Lindsey Buckingham Postpones European Tour as He Recovers From Covid

Tuggle entered the world of Fleetwood Mac in 1992 when he landed a gig with Mick Fleetwood’s side project the Zoo and remained in the band’s orbit through Lindsey Buckingham’s solo tour late last year. He played keyboards on every Fleetwood Mac tour from 1997 to 2017, and also gigged and extensively with Stevie Nicks, Buckingham, and Buckingham McVie.

“This guy is just a master,” Buckingham said of Tuggle while introducing his band at Washington DC’s Warner Theater on September 14, 2021. “He is a superb keyboardist, bassist, guitarist, singer. And he also brings so much clarity and integrity. There’s no way in the world we could do this [show] without him. We’ve never been able to do it without him, nor could we in the future. We love him to death.”

Tuggle grew up in Denver, Colorado and loved rock music from a very young age. “Like everyone else in the country, we got sucked in by the surf scene,” he told Rolling Stone in 2020 when he was featured in our Unknown Legends interview series. “The Beach Boys were a huge influence in junior high. I got sucked into the harmony thing with them. And like everybody else, pretty much, I saw the Beatles on TV and things were never the same.”

Inspired by Steve Winwood’s work in the Spencer Davis Group, Tuggle began playing keyboards as a teenager. He landed his first professional gig in 1970 when he was hired by Mitch Ryder and the Detroit Wheels for a tour and to work on their LP Detroit. He only stayed in the band for a year and a half, and he struggled to find steady work in the following years. But in 1981 he was recruited by John Kay and Steppenwolf to play keyboards on their world tour. In 1982, he teamed up with Rick Springfield right after “Jessie’s Girl” broke.

“I’ll never forget walking out onto the stage at this auditorium in Sacramento [for our first show],” Tuggle told Rolling Stone. “The noise was like a jet engine. It was unbelievable. It was kind of scary, it was so loud. It was such hysteria. I’d look down at the audience and these little girls were going ape over this guy, just completely losing it.”

Tuggle spent three years on the road with Springfield, and later toured briefly with Tommy Shaw and Belinda Carlisle. In 1986, David Lee Roth hired him to play on his Eat ‘Em And Smile tour — his first trek since leaving Van Halen — alongside guitarist Steve Vai, bassist Billy Sheehan, and drummer Gregg Bissonette. “There was a lot of bad blood in the press between the two camps and it got very heated,” Tuggle recalled. “We had security guards when we went places.”

When the tour ended, Tuggle sat down at his home keyboard and came up with the music that Roth eventually fleshed out into his 1988 hit “Just Like Paradise.” It peaked at #6 on the Hot 100. The only time Roth had a more successful solo single came in 1985 with his cover of “California Girls.”

Tuggle continued to play with Roth through 1994, though he did take a break in 1993 to accompany David Coverdale and Jimmy Page on their Japanese tour that year. Shortly before that, he cut an album with Mick Fleetwood’s side project the Zoo. And when the Rumours lineup of Fleetwood Mac reformed in 1997, he was asked to be a part of their world tour. He divided up the keyboard work with Christine McVie. “Basically, we shared them because Christine had to sing,” he told Rolling Stone. “She’d play her main keyboard part on either the piano or the organ. I did all the colors and synthesizers and other stuff. There were so many parts on things, so it was really easy.”

His role grew when McVie left the band following the tour, and he also started joining Stevie Nicks and Lindsey Buckingham on their solo outings. That arrangement, however, inevitably led to some scheduling conflicts. “It came to a point where Stevie said, ‘You’re going to have to decide,’” Tuggle recalled. “I said, ‘You know, Stevie, I love playing with you. I support you. But Lindsey doesn’t have a band.’ She said, ‘I know he needs good people.’ She seemed to be OK with it when I went off to do Lindsey’s thing. But think in the end, she looked at me a little as abandoning her and going over to Lindsey’s camp.”

Buckingham kept Tuggle extremely busy over the last 15 years with both solo work and the Buckingham McVie offshoot band. But when Fleetwood Mac parted ways with Buckingham in 2018, Tuggle didn’t last longer than a single rehearsal with the new lineup in Hawaii.

“I was really shocked when I got the call that they weren’t going to use me,” Tuggle told Rolling Stone. “I also realized that I was in the middle of the politics of Lindsey and Stevie and this band and there was nothing I was going to be able to do about it. I had become Lindsey’s guy and that was it and I had to accept it. There was nothing else I could do.”

Tuggle toured with Buckingham in 2021, but was absent when the tour started back up in April. “I do want to mention the gentleman who is noticeably absent from the stage tonight,” Buckingham told the crowd at the tour opener in San Francisco on April 5. “Mr. Brett Tuggle is having a little bit of an health problem. Hopefully he’ll be back for the next show, whatever it takes. We missed him tonight.”