Freddie Mercury sings Love of My Life at Wembley in 1986

It was 30 years ago when Brian May, Roger Taylor and John Deacon held The Freddie Mercury Tribute Concert for AIDS Awareness at Wembley Stadium. The likes of Roger Daltrey, James Hetfield, Robert Plant, David Bowie, George Michael and Elton John showed up to perform with Queen in honour of the late singer.

Now, three decades on and Foo Fighters have done the same at Wembley Stadium for their late drummer Taylor Hawkins, who died at just 50 earlier this year.

Brian May and Roger Taylor took part in the concert with the band and the likes of Liam Gallagher, Brian Johnson, John Paul Jones, Lars Ulrich and even Sir Paul McCartney.

A very touching moment saw the Queen guitarist sit on a stool with an acoustic guitar to perform Love Of My Life, encouraging the audience to shine the lights from their phones.

This is something the 75-year-old does as part of the Queen and Adam Lambert set, with footage of Freddie singing along with him. 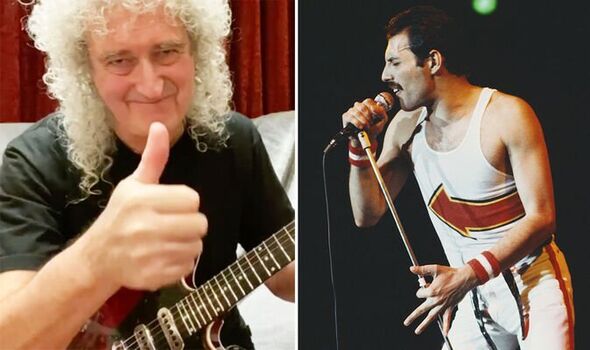 Posting footage of this touching moment, Brian wrote: “So the night is done. We saluted our dear pal Taylor with everything we could give it … all 88,000 of us. Unforgettable. Love you, Taylor. Bri.”

It was a particularly emotional time for the Queen guitarist since he was performing in the same spot where he had paid tribute to Freddie three decades previously. 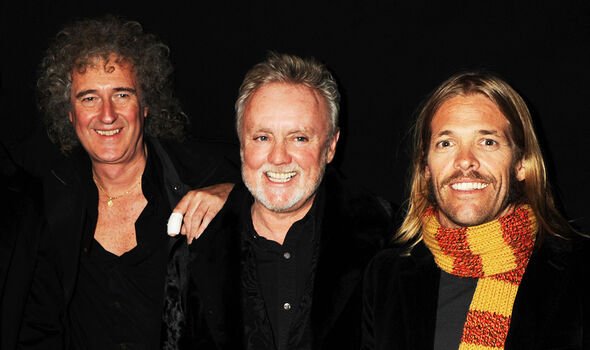 Brian posted: “SWIPE to see how this moment looked from where I sat – on the same spot from which we said goodbye to Freddie in 1992 – [3]0 years ago. Too many emotions for my brain to handle. Photo by P. Malandrone. Bri.”

Today also marks what would have been the 76th birthday of Freddie, who died at 45 in 1991 and his old bandmate celebrated that too.

Brian posted a couple of 3-D pictures of Freddie in an iconic performance pose.

The 75-year-old captioned it: “HAPPY BIRTHDAY FREDDIE !!! Suitably in glorious 3-D by @magnoliastereos – thank you – his presence is as alive as ever – influencing everything I do – and still brining joy to people all around the world . Viva Freddie !!! Bri.”