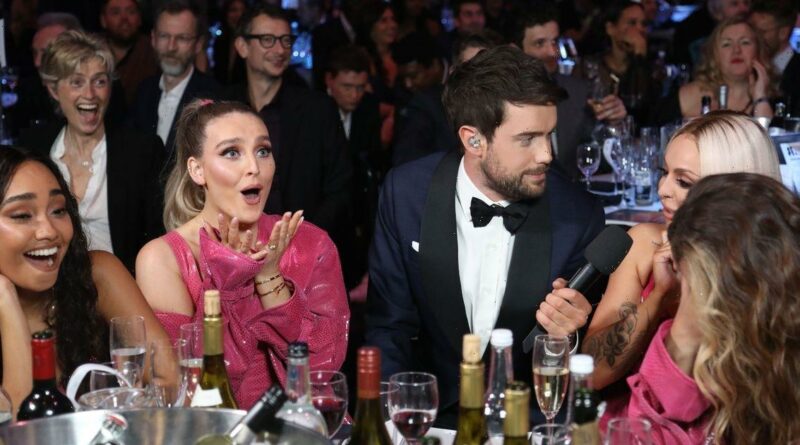 BRIT Awards 2021 bosses are determined to pull out all the stops to make sure this year's ceremony is one to remember.

Despite being in the middle of a pandemic, the show's producers have managed to line-up some of the biggest names in music to perform during the evening.

While Coldplay, Dua Lipa, Griff and Pink have already been confirmed, Daily Star can reveal that a secret handful of stars – including one music icon – are also set to take to the stage for surprise appearances.

A source close to the plans told Daily Star Online: "There will be a few surprises on the night.

"Bosses have sworn everyone to secrecy but a few guest duets have been lined up.

"Despite the pandemic they are determined to make sure the show is one to remember."

Earlier this year Daily Star revealed how BRITs bosses had teamed up with the government to secure a live audience in The O2 despite national social distancing rules still being in place.

As a thank you to those working on the frontline, 2,500 out of 4,000 tickets were earmarked for NHS workers.

Taking about the venture, Dua said "This has been a long tough year for everyone and I'm delighted the night will honour the key worker heroes who have cared for us so well during that time and continue to do so.

"They are quite simply an inspiration. The BRIT Awards are always special and this will truly make it a night to remember."

Meanwhile, US superstar Taylor Swift will be given the Global Icon award during the evening.

Despite the glitz and glam, one person who isn't thought to be making an appearance is Jesy Nelson – despite Little Mix being up for British Group.

The Shout Out To My Ex songstress, 29, called time on her girlband days after years of suffering with crippling anxiety alongside her bandmates Perrie Edwards, Jade Thirlwall and Leigh-Anne Pinnock.

However, if the girls do managed to take home the award Jesy will still bang herself a physical statue.

A source told Daily Star: "Little Mix are very much a three piece now but if they win the award Jesy will still get sent a statue.

"As per BRIT awards rules every member of the band nominated get an award and she was a member for the time they are nominated for.

"It will no doubt be bitter sweet if Little Mix do win."

Despite being nominated twice before, Little Mix have never won British Group at the BRITs.

While they have bagged ten nominations, the have only won twice.

First in 2017 for Shout Out To My Ex and most recently in 2019 for British Video of the Year for Woman Like Me.

The BRIT Awards 2021 kicks off Tuesday, 8pm on ITV