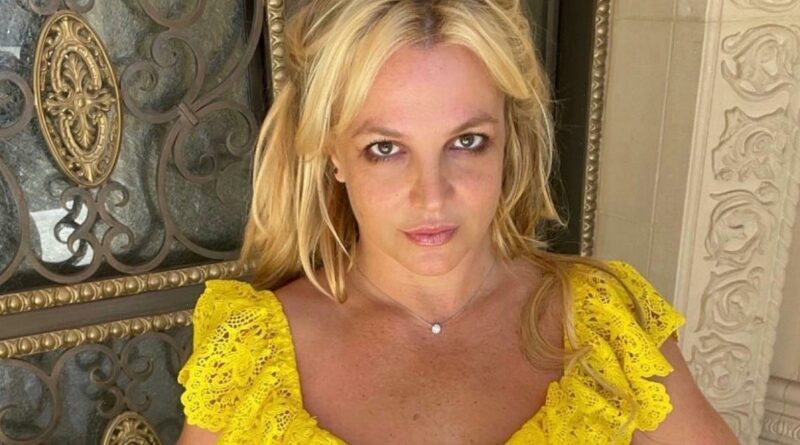 Britney Spears has released a very candid audio message responding to recent comments about the ongoing rift with her family.

The pop princess, 41, took to Instagram to release a pre-corded message in which she claims she had to be a “motherf*****g saint” to her sons Jayden and Preston and but stated her efforts were “never good enough”

Britney said in response to her son Jayden’s recent comments about her in an interview: “Jayden as you undermine my behaviour by saying ‘I wish she gets better, I will pray for her pray’ pray for what?

“I keep working so I could pay off mom‘s legal fees on her house, do you guys want me to get better so I can continue to give your dad 40 grand a month? Or are you guys deciding to be hateful because it’s actually over in two years and you don’t get anything?”

She went on to say that if she “didn’t shower you guys with gifts and have amazing food ready and play a motherf**ing saint, it was still never good enough.”

Britney added that she wants to see them more and that she “didn’t do anything wrong” and admitted “I know I’m not perfect.”

She also claimed that her dad deserved to be in prison "for the rest of his life" after the conservatorship battle.

The audio comes after a recent interview from her son Jayden who said that "I 100% think this can be fixed," and there is "no hate" in their family.

"It's just going to take a lot of time and effort. I just want her to get better mentally. When she gets better I really want to see her again,"

Then he showed some love to her like any son would "I love you a lot, I hope for the best for you. Maybe one day we can sit down like this and talk again." The Grammy winner took to Instagram on Thursday and responded to an interview her son gave for an upcoming British ITV documentary about the Federline family.

In Spears' post, she wrote, "I say to my son Jayden that I send all the love in the world to you every day for the rest of my life !!!! My love for my children has no boundaries."

Spears added: "It deeply saddens me to know his outcry of saying I wasn't up to his expectations of a mother."