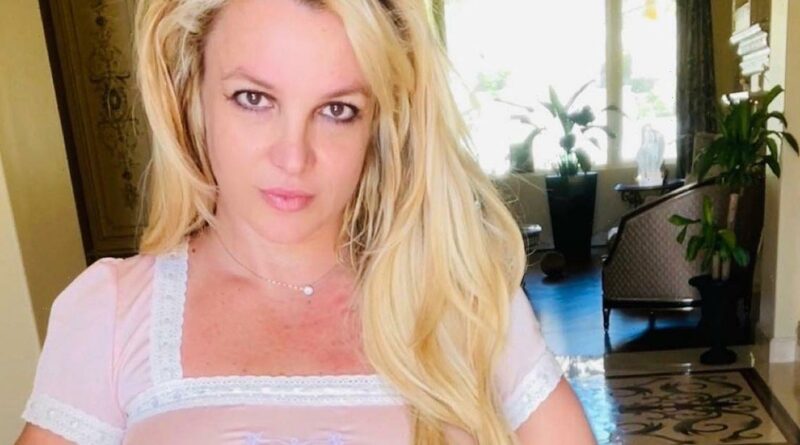 Britney Spears has hit out at her youngest son Jamie after he supported his grandfather.

The pop star believes that Jamie Spears should be jailed for life after her conservatorship trauma.

The 40- year-old star was placed under a conservatorship in 2008 following her public breakdown.

READ MORE: Britney Spears goes topless as she lashes out at sons over 'attention seeking'

Her father Jamie, 70, took control of almost every aspect of his daughter's life from finances to birth control.

The conservatorship ended last year and since then the pop sensation has said that her "family turned their backs on her" when she needed them the most.

In her latest social media post, Britney hit out at her youngest son Jayden.

"You were just like my other family. You secretly loved looking at me like something was wrong with me," she said to Jayden.

"Do you guys want me to get better so I can continue to give your dad 40 grand a month?"

"So Jayden, as you undermine my behaviour just like my whole family always has, with 'I hope she gets better' and 'I will pray for her'… 'Pray for what? That I keep working so I can pay off mom's legal fees and her house?

"Or is the reason behind you guys deciding to behave fools, is because it's actually over in two years and you don't get anything?'

She then spoke about how "let down" she feels by her entire family.

The Toxic singer also revealed that she is now an atheist because if there was a God, he would never have let what happened to Britney occur in the first place.

"Honestly, my dad needs to be in jail for the rest of his life. But like I said, God would not allow that to happen to me if a God existed. I don't believe in God anymore because of the way my children and my family have treated me," she insisted.

"There is nothing to believe anymore. I'm an atheist y'all," Britney added.

In an interview with 60 Minutes Australia Jayden James, Britney's youngest son explained his reasons for supporting his grandfather.

"Everyone is mostly hating him for the conservatorship, but I think at first he was just trying to be like any father," Jayden said.

"Pursue [his] daughter's dream of being a superstar and working and going to all these concerts and performing, but I think some people are just ceasing to realize how much he cares about her."