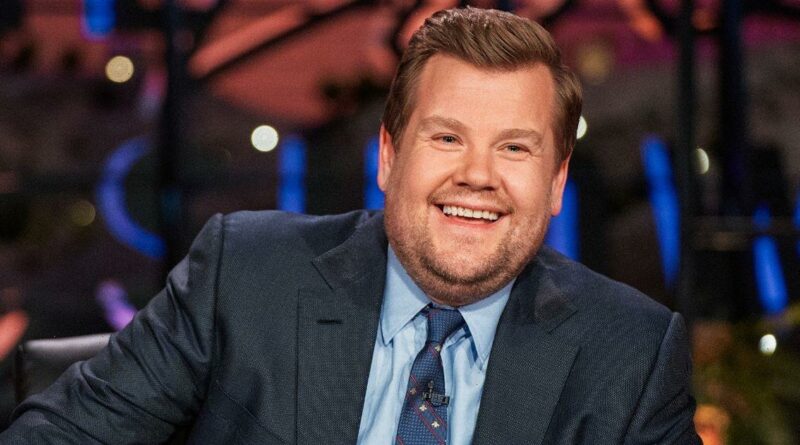 James Corden will be hanging up his presenting shoes on The Late Late Show after seven years and Brits aren't happy about the news.

The former Gavin and Stacey actor, 43, is believed to want to spend more time back in Britain with his family but bosses were reportedly pulling out all the stops to keep James.

However, the dad-of-three is believed to have turned down offers including a salary of £15 million to keep him on the hit CBS show for another two years.

Meanwhile, the news hasn't gone down too well with Brits who are not keen on the idea of James being a permanent fixture on British TV again as they flocked to social media.

"Dear America, please don't send James Corden back, we don't mind if you keep him," pleaded one.

While a second tweeted: "Dear USA… Please don't send him back!"

"What's that you say? New travel restrictions between America and the UK," joked another.

A fourth disgruntled Brit commented: "Look. We got rid of James Corden once. Please don't send him back."

"Don't you f***ing dare send James Corden back to the UK," exclaimed another.

Speaking on Thursday's (April 28) edition of The Late Late Show, James said it had been "the hardest decision" he has ever been faced with.

He went on to say: "Seven and half years ago I started hosting this show and there's no other way to put it, it has changed my life.

"I love it, I love all the people that work here, I am so proud of what we've achieved, it's been beyond my wildest, wildest dreams.

"When I started this journey it was always going to be just that, a journey, an adventure."

James added: "I never saw [the show] as my final destination and I never want this show to overstay its welcome in any way.

"I always want to love making it and I really think in a year from now that will be a good time to move on and see what else might be out there."

The presenter promised viewers that his final year on the show will be filled with "other surprises" that will be "a blast".

He explained: "We are all determined to make this the best year we have ever had, we are going to go out with a bang.

"There's going to be carpools and crosswalks and sketches and other surprises and there will be tears, there will be so many tears."