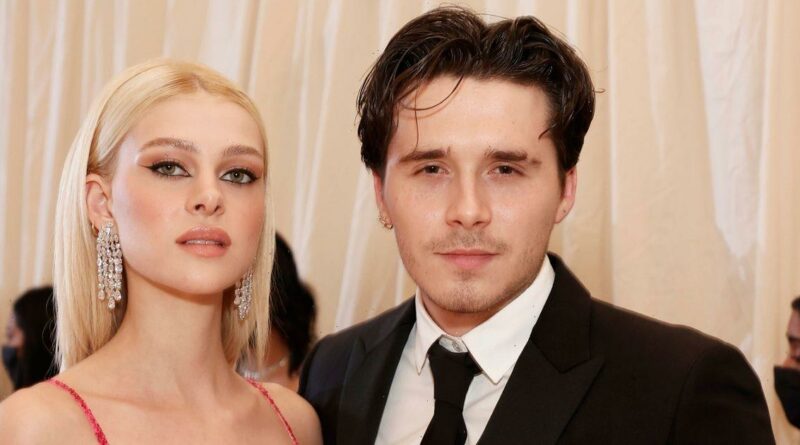 Brooklyn Beckham spoke to interviewer, Keke Palmer at the Met Gala who seemed to have no idea who he was.

Decked out in designer gear for the Met Gala, Brooklyn, 22, was left speechless when Keke asked him: “Where are you from?”

To which he replied: “London”

Keke responded quickly: “Oh from London. So we just getting you for a little while, not for a long while."

Brooklyn then explained that he and Nicola: “We live in LA.”

Interviewing guests for Vogue, Keke had engaged more with Nicola making eye contact and asking them about their night.

Brooklyn’s fiancee joked that she’s trying her best to make the photographer more American in a bid to keep him in LA where they both live.

Nicola insisted that she didn’t want Brooklyn to go back to the UK, leaving host Keke visibly perplexed.

“Well, I’m trying to make him an American right now, I don’t want him to go back,” the blonde beauty joked. Fans watching the livestream at home picked up on the awkward interview and took to Twitter to vocalise their thoughts.

One fan said: “Keke not having a damn clue who Brooklyn Beckham is has just ended me. I’ve never been more embarrassed for two people at once.”

“Oh no she didn’t! Keke, you’ll never live this down girl. I’m cringing so hard,” Another Met Gala echoed.

“Well that will take Brooklyn Beckham down a peg or two,” another cheeky viewer giggled. Meanwhile, a fourth fan shared: “Met Gala needs to choose some better hosts. keke asking where Brooklyn BECKHAM is from! Do you not know his dad ma’am???”

It could have also been Brooklyn’s geographical name that threw Keke as the New York borough is not too far from the major ball.

The pair did look stylish and smitten as they owned the prestigious event's iconic staircase.

Golden balls himself aka David Beckham, Brooklyns father and fashion queen, Victoria Beckham have both said they are excited for the couple's wedding.

We are sure it will not be an event to miss.