There was a moment of confusion after Bryan Adams played Summer of '69 at Rod Laver Arena on Thursday. Presuming he'd saved his most enduring hit for the end, several dozen people made a dash for the exits, hoping to avoid the queues in the car park.

Why do we do this? 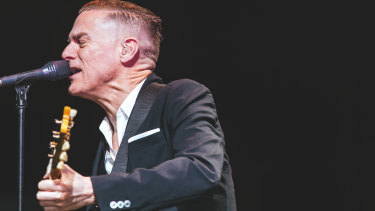 In two hours, he performed just handful of newer songs (Ultimate Love and Shine a Light, co-written by Ed Sheeran), and some covers (Whiskey in the Jar, I Fought the Law).

Nearly everything else was a classic: Run To You, Heaven, Cuts Like a Knife, Can’t Stop This Thing We’ve Started, When You’re Gone, Please Forgive Me, Straight From the Heart, All For Love, You Belong to Me.

A technical hitch meant his vocals were overshadowed in the first few songs. He’s always had a gravelly voice but at 59, it retains most of its power. 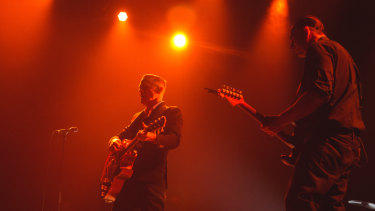 Nostalgia is a curious thing: Adams didn’t score any top 10 singles in Australia in the '80s (though his breakthrough album Reckless reached number two).

Over time, however, these songs worked their way into our consciousness. Some receive more radio airplay now than in the year of their release, thanks to classic hits stations.

By the 1990s, Adams was at his commercial peak, notching up four chart-toppers and two more songs in the top five. This is no surprise. His music is built for everyday moments; for lonely highway driving, for closing time at an Irish pub, or for the wrenching aftermath of a break-up.

And to settle a debate overheard at the merchandise stand: the song title Summer of '69 really is a reference to sex.

Adams plays in Wollongong on Friday and Sydney on Saturday. Tickets: frontiertouring.com