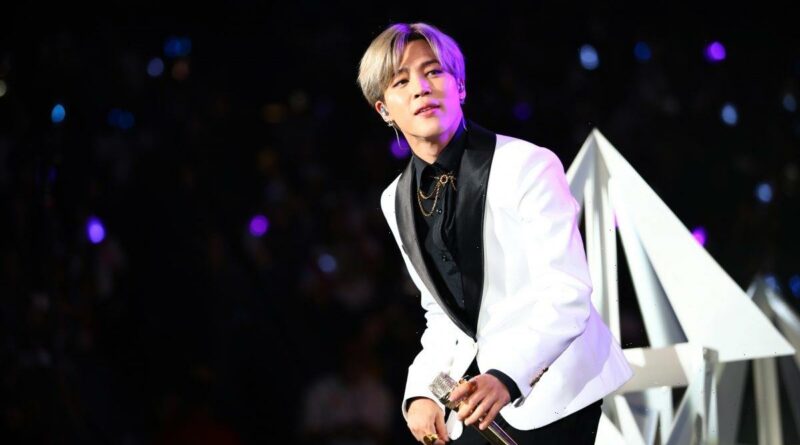 The first show for BTS‘ Permission to Dance On Stage – Seoul concert series took place on March 10. For the event, Jin, Suga, J-Hope, RM, Jimin, V, and Jungkook of BTS performed in front of an in-person audience, and the concert also had an online livestream. During the beginning of the concert, Jimin wore a see-through mesh shirt, wowing BTS fans.

Leading up to the Permission to Dance On Stage – Seoul concerts, Jin, Jimin, and V let fans know that those attending in person needed to dress for cold weather.

According to the app’s English translation, V wrote, “Everyone’s weather is a lot colder Please wear padding Please wear gloves Get ready for a hot pack. Well, just do everything that looks warm,” in a Weverse post on March 8.

In another Weverse post on March 8, Jimin wrote, “It’s really really cold, like Tae Hyung said. That’s why I’m wearing all the clothes I have,” according to the English translation.

On March 9, Jin wrote on Weverse, “Everyone’s weather is cold. Please come wearing padding by all means at the time of tomorrow. My hand was frozen,” according to the app’s English translation.

For the beginning of Permission to Dance On Stage – Seoul, the BTS members wore red and white outfits featuring heavier jackets and pants.

Jimin’s outfit for the first four songs of the BTS concert featured a white jacket with red stripes, a red mesh shirt, red and white gloves, white pants with a red stripe, and white shoes.

While the first day of Permission to Dance On Stage – Seoul was streamed online, BTS fans reacted to the members’ outfits and performances on social media. ARMY were quick to notice Jimin’s red mesh shirt happened to be see through.

One fan wrote on Reddit, “JIMINS SHIRT IS SEE THROUGH?????”

Other fans pointed out that Jimin wore a see-through shirt for the concert despite the cold weather he warned BTS fans about.

“He’ll tell army to wear something warm then show up in a mesh shirt,” wrote a fan on Reddit.

Permission to Dance On Stage – Seoul will continue on March 12 and March 13.