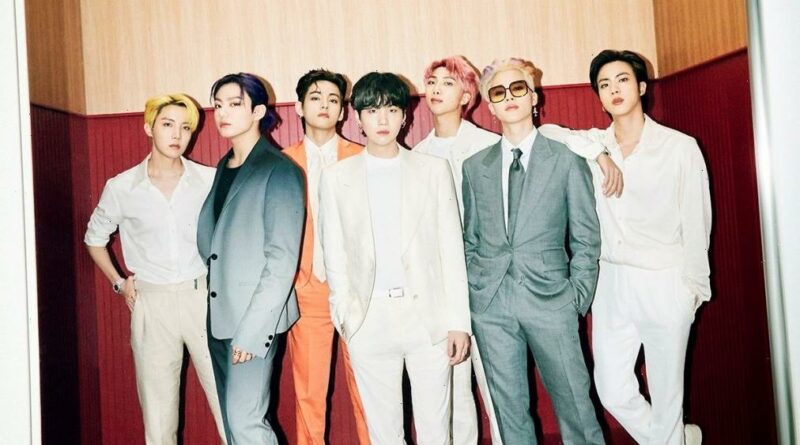 On May 21, BTS released their second English-language single “Butter.” Since releasing the song, it has spent three consecutive weeks at No. 1 on the Billboard Hot 100, becoming one of the band’s biggest songs to date. Following BTS’ recent concert celebration BTS 2021 MUSTER SOWOOZOO, Jin, Suga, J-Hope, RM, Jimin, V, and Jungkook announced that they will release a physical CD of “Butter,” and the new CD will include a new song as well.

BTS’ CD of ‘Butter’ will feature a new song

On June 14 at 10:57 a.m. EDT and 11:57 p.m. KST, BTS posted a self-made news broadcast on Twitter. In the fictionalized broadcast, the members of BTS narrated a video as news anchors while reporting on the BTS logo being spotted in the sky as a UFO.

BTS warned ARMY about rising temperatures in South Korea and encouraged fans to follow guidelines that incorporate the lyrics of “Butter.” After the news broadcast was published on Twitter, Big Hit Music shared an announcement about “Butter” on the communication platform Weverse.

In the post, Big Hit Music announced that a physical of CD of “Butter” will be released on July 9, writing:

This is BIGHIT MUSIC.

In celebration of ARMY’s birthday, BTS’s ‘Butter’ CD single will be released on Friday, July 9, available for pre-order from Tuesday, June 15.

In addition to the digital single ‘Butter’ that was saturated by an outpouring of love from fans everywhere, the CD will include a new track that will make your heart beat to the rhythm of BTS’s positive energy. We look forward to the love and support from all fans.

Additional details on the CD single will be provided in a separate notice on BTS Weverse.”

What fans think of the new ‘Butter’ CD

After Big Hit Music announced the “Butter” CD on Weverse, BTS fans reacted on social media. For some time, it was rumored that BTS could release an album on July 9. The Weverse announcement confirmed that BTS will release music on that date, however, it will be a physical release of “Butter” and not an album.

“I feel so validated for being skeptical about a regular BTS album being released in this kind of timeframe,” one fan wrote on Reddit.

Another fan wrote on Reddit, “New song!! I thought it was a little too early for a full comeback so this makes sense. I also really love the colors for the Butter CD. I want both.”

“I didn’t expect this! But it’s a good idea to keep promoting Butter and it gives the members time to finish an album (EP or full) for the last quarter of the year. That’s my guess! We’ll see, lol,” wrote a Reddit user.

The CD is available for pre-order on Weverse Shop, and ARMY can pick between two versions, a Peaches version and a Cream version. Both of these reference BTS’ 2016 song “Blood Sweat and Tears.”