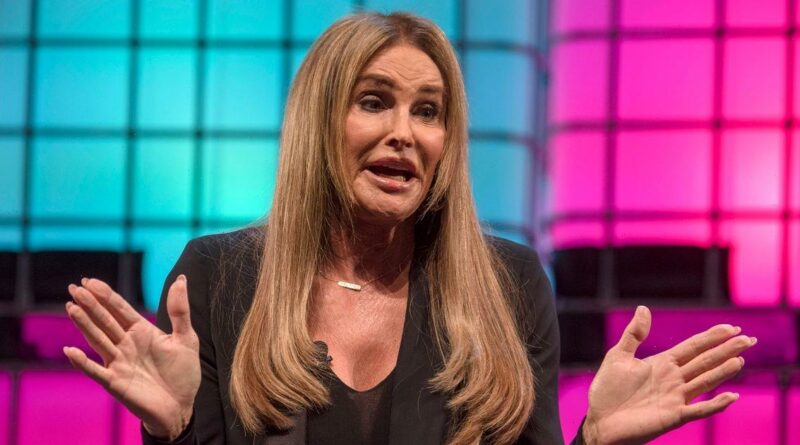 Caitlyn Jenner has hit back at US chat show host Jimmy Kimmel for branding her "Donald Trump in a wig".

The 71-year-old former sports personality and Keeping Up With The Kardashians star, who came out as trans in 2015, slammed both the TV host’s recent taunts and the LGBTQ community for not taking her side.

Jimmy had took aim at Caitlyn during a segment on The View which discussed her ongoing campaign to become governor of California.

Caitlyn is campaigning as a Republican candidate, despite the party’s history with LGBTQIA+ issues.

On the segment, Jimmy said: "Are we sure that isn’t Donald Trump in a Caitlyn Jenner wig? She’s just trying to get attention."

"Caitlyn Jenner has a better chance of being the next Batman than she does governor of California," Kimmel added. "She knows little to nothing about anything, really."

And, taking to Twitter, Caitlyn clearly wasn’t letting the criticism go over her head, as she posted: "Last night @jimmykimmel called me Donald Trump with a wig. He obviously believes that trans women are simply men with wigs on.

"Where is the outrage from the left or LGBT community? Being WOKE must be optional if you are a Democrat," she wrote.

Many fans had actually supported Caitlyn after the segment aired, with one tweeting: "Wow. Transphobic much, @jimmykimmel?"

Another posted: "I cannot stand her and I understand the root of that comparison, but it's transphobic to compare her to a man in a wig. Pretty gross joke."

She also shared an image from Jimmy’s impression of NBA basketball player Karl Malone in the 1990s, writing alongside the picture: "Speaking of @jimmykimmel he also received a pass from the WOKE on his use of black face and racist actions. Hypocrite."

Jimmy has apologised for his use of blackface in the past, explaining last year: “On KROQ radio in the mid-90s, I did a recurring impression of the NBA player Karl Malone.

"In the late 90s, I continued impersonating Malone on TV. We hired makeup artists to make me look as much like Karl Malone as possible.

"I never considered that this might be seen as anything other than an imitation of a fellow human being, one that had no more to do with Karl's skin colour than it did his bulging muscles and bald head"” Kimmel continued in his speech.

He insisted that he has "evolved and matured" since these impersonations, as he apologised for the "mistake" he made in the "delay" from addressing the historic sketches.

"There is nothing more important to me than your respect, and I apologise to those who were genuinely hurt or offended by the makeup I wore or the words I spoke," he said.

Lastly, Caitlyn screenshotted a news article from the Los Angeles Times dating back to November 2013, with the headline ‘Protesters slam Jimmy Kimmel over "kill everyone in China" joke’, adding: "Sad that @jimmykimmel has contributed to #AAPIHate.

"Is there any group he won’t attack? Jimmy, it’s time to #StopAsianHate."

However, social media users were quick to point out that Jimmy was actually hitting out at Caitlyn’s policies rather than her appearance, with one writing: "Jimmy was actually talking about your politics and who they align with… and you’re proving him right cuz just like Donald… you’re playing the victim, girl."

Another agreed: "He was talking about your politics and you know it. Nobody is buying what you’re selling," as a third Twitter user echoed: "Liar, that is not what he meant and you know it. Please do not cause any stir for no good reason. World already has many problems to deal with."

Others pointed out Caitlyn’s own track record in terms of LGBTQIA+ policies, as she recently came out in support for a proposed ban on trans girls playing women’s sports.

"It just isn’t fair," she told a reporter, as many US states consider the ban. "And we have to protect girls’ sports in our schools."