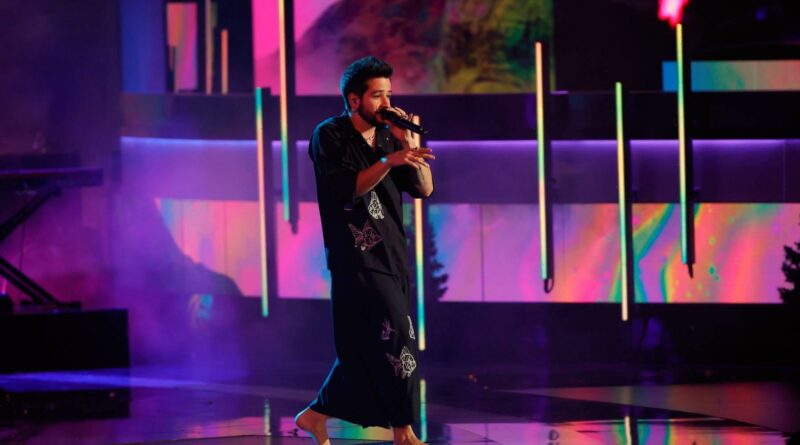 The Colombian artist Camilo got the audience dancing with him during his quirky Latin Grammys performance, where he sang his recent hits “Vida De Rico” and “KESI.” His performance was introduced by his pregnant wife Evaluna Montaner and his father-in-law Ricardo Montaner, who said he was happy to announce that he’ll be a “grandfather for a fifth time.”

Camilo, who is the most-nominated artist of the night, opened his set with the cumbia-infused “Vida De Rico,” singing inside a black-and-white room with the word “soñar,” or “dream,” behind him. He put down his guitar and stepped onto a rainbow-colored stage to perform his champeta-pop song “KESI.” He also danced barefoot into the audience and got a few people on their feet, concluding a fun and slightly eccentric performance that was very on-brand for the singer with the handlebar mustache.

Last month, Camilo kicked off the U.S. leg of his Mis Manos Tour in Miami. His sold-out tour will be visiting the Dolby Theatre in Hollywood on Saturday. In August, Selena Gomez recruited Camilo for their Spanish-language collaboration “999.”