Home » Cardi B Refuses to Be Pressured With Lizzo Collaboration 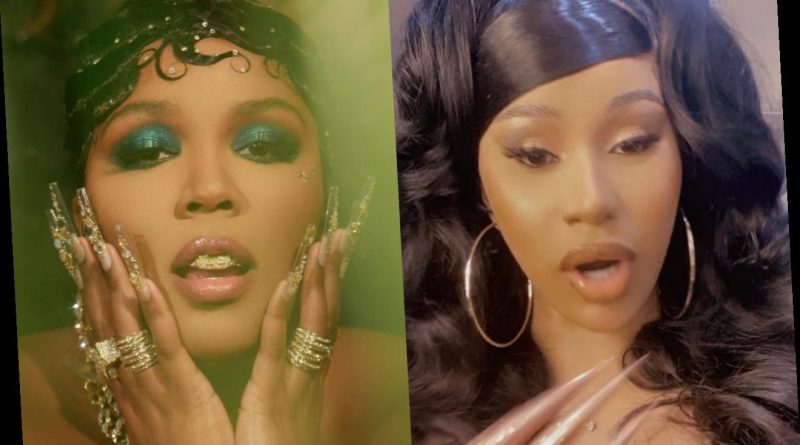 The ‘Up’ raptress lets fans know that she will do anything on her own terms, though she previously expressed her desire to work together with Lizzo for her music video for ‘WAP’.

AceShowbiz –Cardi B and Lizzo are two female musicians who are definitely on top in the current music industry. Fans could only imagine the power the pair could bring should they release a collaboration, and they don’t hesitate to voice their opinion to the stars.

Over the weekend, the “Bodak Yellow” raptress took to her Twitter account to sing Lizzo praises. Posting some stunning pictures of the “Juicy” singer, Cardi wrote in the caption, “These pics do it for me.”

Fans quickly responded to the shout-out by asking Cardi to do a collaboration with Lizzo. “now drop that collab with her,” one fan replied to the wife of Offset. Catching wind of the comment, Cardi answered, “Can I do a song first thst I can put her on.”

Her response only prompted others to keep asking for a collab between the two musicians. As one other wrote, “YESSS WE WANT A COLLAB,” Cardi let fans know that she would do anything on her own terms. “Ok but stop pressuring me to do stuff .I can’t even show love to people with 100 collab collab collab.”

Cardi B called out fans for pressuring her with Lizzo collab.

Cardi B, however, previously expressed her desire to work together with Lizzo, saying that she wanted to have Lizzo on her music video for “WAP” which starred Kylie Jenner and Normani Kordei. “It was so important to me to include different women that are different races and come from different backgrounds but are so powerful and influential,” she said back in August 2020.