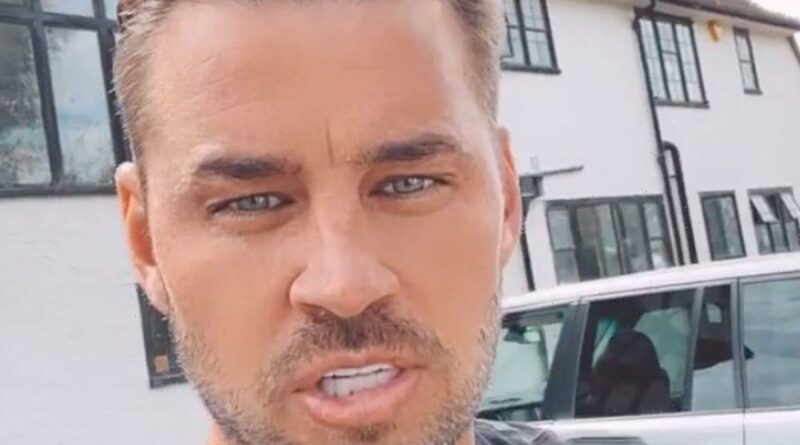 Carl Woods has slammed the rumours that say he and Katie Price have split in a rant full of expletives.

The 33-year-old former Love Island star took to his Instagram Story on Saturday (July 30) with several angry video clips where he flatly denied the claims the pair had broken up.

It comes after it was reported Katie, 44, and her fiancés Carl had called their romance off after she was seen "letting her hair down" in Brighton.

READ NEXT: Katie Price and Carl Woods 'on the rocks' as 'constant drama is taking toll' on him

An insider revealed that the former glamour model was "telling people that her engagement with Carl was over", according to The Sun.

It also follows other reports that the pair were no longer an item, with Katie sparking speculation earlier this year when she seemed to appear without her engagement ring.

Carl fumed into his camera lens while firing off an abundance of swear words as he shut down the rumours he and Katie were on the rocks.

He ranted: "All of you are full of s**t," he fumed as Katie walked past in the background.

Moving the camera to face Katie he said: "Look, here she is. I'm still at the f**king house. All this, 'Oh we want her shot of him'. Why don't you all just f**k off?

"Because you know something, you wanna know the truth? I'm the best f**king fella she's ever had. And I'm the one that suffers the s**t, no one else.

He added: "None of you, none of you that write this bulls**t actually know the truth.

"None of you knows what goes on. I support this woman through everything. I'm the one that gets the flack, no one else.

"So no, we haven't broke up, I'm still at her house s f**k off with your bulls**t because you know nothing and you pretend."

The former Love Island hunk then added: "I'm tired, I'm absolutely tired of being tarnished to be this bad person – and yes I am ranting, because you know what?

Later on he was outside Katie's Mucky Mansion and showed off the "lovely happy day" he was having with Katie and Harvey.

And look here we are, at the house having a lovely happy day," he said sarcastically.

"There's Harvey," he said as he showed Katie's son on the sofa.

Adding: "There's Katie in the kitchen."

Katie and Carl began dating in June 2020 and are due to get married in the UK later this year.