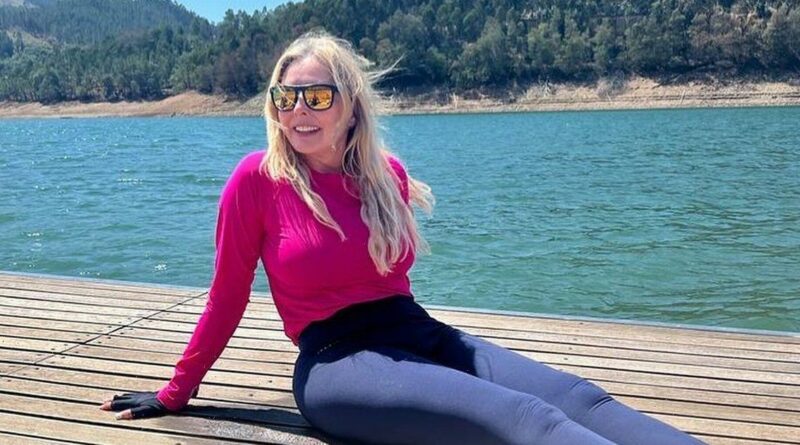 The former Countdown presenter, 61, recently appeared on her regular BBC Radio Wales show where she discussed her health-inspired Portugal vacation with her colleague Nathan Sussex.

As Carol detailed the weather conditions of her Lisbon trip from earlier in the year, she quickly had to correct herself from making an accidentally naughty comment.

Discussing the soaring temperatures, Carol said: "I was in heat – that’s in heat, not on heat – in Portugal.

"It was bloomin' hot there, I can tell you."

Carol made the trip to Portugal at the end of July.

Attending Jason Vale's renowned Juice Masters retreat in the Portuguese capital, she vowed to "swim and gym and massage every day" on the luxury vacation.

During her trip, Carol also kept her 247k Instagram followers up to date on her various adventures.

Sharing a sizzling bikini snap with fans as she left the retreat, Carol wrote: "The final sunrise before we meet again.

"I've had an amazing few weeks here at @juicemasterretreats …. Coming home healthy and strong and happy.

"Thank you as ever @jasonvale for creating this magical place, and thanks @alexscott2 for being my gym buddy …. I’ll do you proud by the next time we meet I swear.

"I’ll be back again soon Juicy. You can count on that."

The I'm a Celebrity… Get Me Out of Here! alum also recently spilt her gym secrets after dropping a dress size and failing to break a sweat during a morning workout.