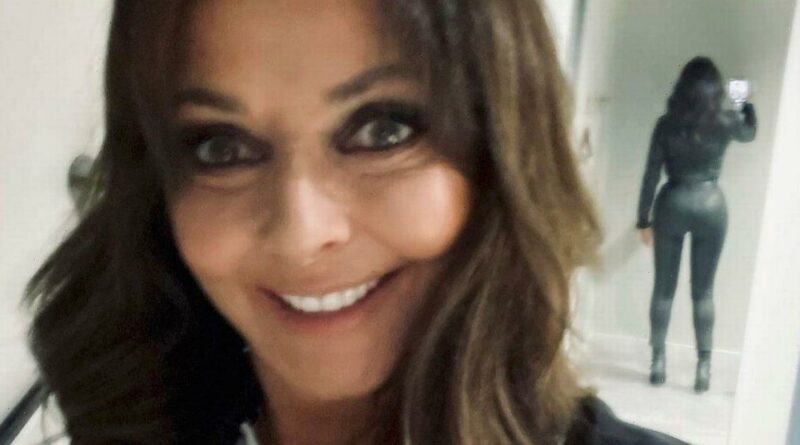 Carol Vorderman took her fans on a trip down memory lane recently as she shared black and white photos of her wedding ceremony with Christoper Mather.

Posting to Instagram, Carol had said that Hello! Magazine had reminded her of the day.

She had previously spoken to BBC Radio Wales about the day, telling them she had to get changed halfway through the ceremony into an entirely mesh gown that had “sequins in all the right places".

She added: “So I had this thing that was probably not appropriate for a bride and I got on the stage and sang It's Raining Men.”

It was four years after the pair divorced that Carol would marry the media personality and management consultant Patrick King.

The pair would divorce a decade later after the birth of their two children.

Carol has recently been filling her social media feeds with gorgeous snaps, most recently sharing one of herself in a low cut swimsuit.

Single beauty Carol had been bombarded with messages from both men and women after joining the celebrity dating app, Raya.

She told The Sun that she had made it clear to any matches that she wasn’t looking for anything long term.

She said: “A mate of mine said it would be a laugh. A lot of LA people made contact, men and women funnily enough, but it’s not my scene.

“I’m quite happy with my usual way of doing things. But life is never dull.”

She also spoke about how the recent lockdown in the UK had stopped her from “getting into mischief”.

When asked about how she had been coping alone in lockdown on BBC1’s Morning Live she said: "My mum lived with me for decades, you know I was my mum’s full time carer. I’m very sad she died a few years ago."

She followed up with: "But I don’t have those responsibilities now and I always say I love getting up to mischief which lockdown has put a stop to."

The conversation was quickly brought to a close on that note as host Gethin Jones said the topic may be “for another day”.