The Love Island presenter enjoyed a whirlwind romance with the former Apprentice star – getting engaged just a few weeks after they started dating.

But in a statement to The Sun, Caroline revealed it’s all over for the pair. 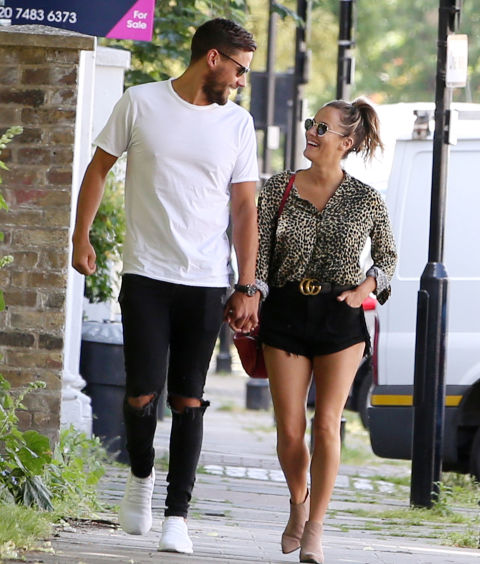 “I’m sad to announce that Andrew and I have decided to part ways,” she said. “Unfortunately it was not to be. I wish him all the best. At least there’s a villa waiting for me. It’s back to the ol’ grafting.”

Andrew shared a similar statement on his Instagram story, writing: “Sad to announce Caroline and I have decided to part ways. Unfortunately it was not to be. I wish her all the best.” 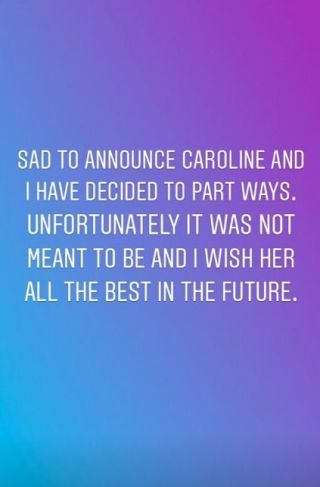 She previously opened up about her engagement, joking that she would love to have her wedding in the Love Island villa.

“We haven’t decided anything,” she told OK! Magazine.

“I’ve never been the sort of girl who has spent time thinking about her wedding. I was hoping someone would call me up and be like, ‘I hear you’re getting married, do you want me to organise it for you?’ But no-one has!

“Maybe I’ll get married in the villa.” 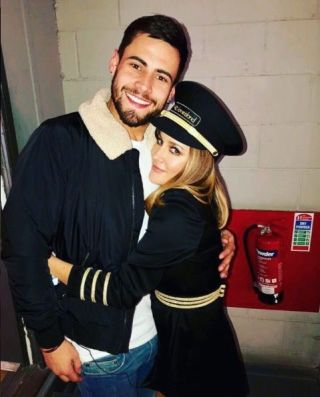 Previously discussing her romance, the 38-year-old revealed what it was like presenting Love Island as an engaged woman.

“I don’t feel smug, I feel exactly the same really,” she said. “I just feel the same but different, I suppose. I don’t know.

“It does feel nice, but I still don’t think I’m qualified to give any advice, not from me! I can just be someone they can talk to.”