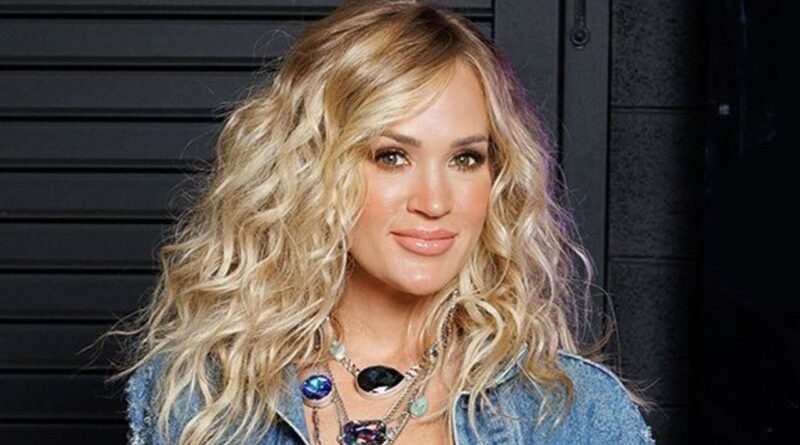 The former ‘American Idol’ contestant admits she ‘lost respect’ for some performers after going to their concerts because she was left deflated by their vocals.

AceShowbiz –Carrie Underwood is disappointed by some of her favourite artists after hearing them perform live. The 39-year-old singer has “lost respect” after going to concerts and finding the performers in question are not able to show off the same strength in their vocals as they do on their records.

“I love to sing, and I’ve always taken pride in the work I’ve put in on my vocals. I do want to sound good. Growing up and going to concerts or seeing my favourite artists on TV, if they didn’t sound like they were supposed to sound, it was always so deflating,” she said.

“I’d lose respect for them. Or when I’d go to a concert and hear them drop keys, I was like, ‘You can’t hit the notes! Why’d you record them if you can’t sing them?’ That stuff is important to me.”

The “Before He Cheats” hitmaker sang with Axl Rose at the Stagecoach festival in Indio, California last summer and later joined the whole of Guns N’ Roses on stage in London. And Carrie explained she was finally able to secure the collaboration after explaining to the veteran rocker she had always been “mesmerised” by the way he sang.

She told Rolling Stone magazine, “It was many years in the making. I’ve been covering Guns N’ Roses my whole life, pretty much, and definitely onstage for the past 15 years at least. I had asked before if he would ever come sing, or if I could come to him somewhere. We had a couple almost maybes, where it almost maybe would have happened but for various reasons it wasn’t the right time.”

“But [for Stagecoach] I asked. I sent him an email and said, ‘We’re so close to you,’ and explained the why and what he meant to me. The way I learned how to sing was I would pick really hard vocalists to try to emulate, and his voice always mesmerised me. I was like, ‘How is he doing the things that he’s doing?’ So I told him all that…and he came!”

“We had rehearsals and everything went very smoothly. It was easy for all of us to be around each other. Hopefully, he had a good time.”