Home » Music » Celeb Halloween costumes they did not think through, from terrorists to Nazis 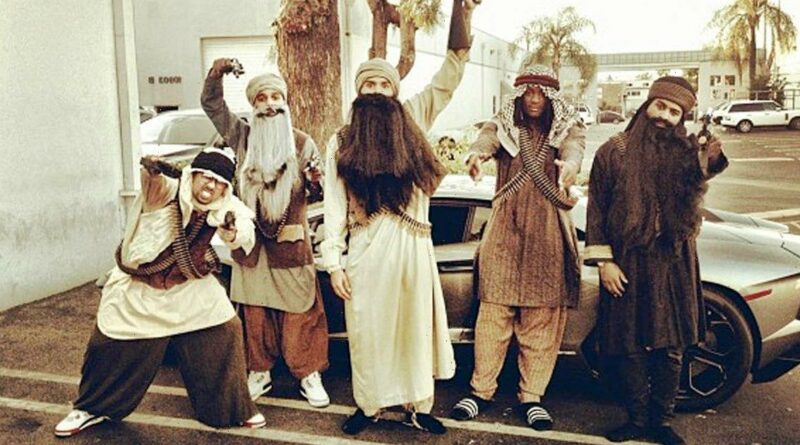 Halloween can get the adventurous among us thinking of all kinds of zany costume ideas in a bid to out-do friends and stand out at gore-themed parties.

But there is a thin line between a great Halloween costume and bad taste — and celebs have been known to cross it plenty over the years.

From turning up as Islamic fundamentalist terrorists to thinking that Nazi swastikas are socially acceptable, there have been some high profile missteps, it's fair to say.

With All-Hallows Eve on the approach and people preparing to get their outfits ready, here is the Daily Star's round-up of how not to do it, as demonstrated by our famous friends. Want to dress up as a Hindu goddess? Well, maybe don't if you aren't looking to offend more than one billion people.

And making fun of people's addictions — not likely to be a hoot. 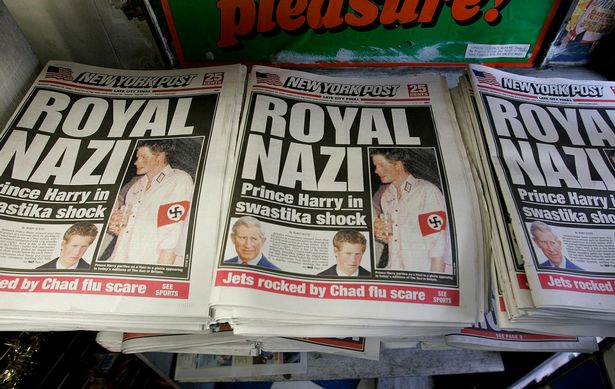 In 2005, Prince Harry was snapped wearing a Nazi armband at a costume party.

Headlined “Harry the Nazi”, the picture of him turning up at a Halloween party wearing the distasteful outfit was splashed all over the front page of The Sun newspaper.

The picture was taken at a friend’s birthday party in Wiltshire with the fancy dress theme “colonial and native”.

The Duke of Sussex, who was 20 at the time, was reportedly dressed as a soldier in Nazi general Erwin Rommel’s Africa Korps.

It came just two weeks before the 60th anniversary of the liberation of Auschwitz.

The Board of Deputies of British Jews said the costume was in "bad taste”.

The image sparked outrage, with the prince issuing a public apology reading: "[I am] very sorry if I caused any offence or embarrassment to anyone. It was a poor choice of costume and I apologise."

How I Met Your Mother star Neil Patrick Harris was branded "grotesque" after a tweet showing a picture of a meat platter inspired by the "corpse of Amy Winehouse".

Only three months after Amy's tragic death in 2011, the 49-year-old actor hosted a Halloween party with an array of spooky-inspired food which has continued to resurface and upset people a decade on.

The gruesome-looking meat platter was meant to look like the deceased Back To Black singer's body on a mortuary table, with her face horribly distorted.

Underneath was a description of what was served, which included pulled pork, beef ribs and chicken sausage in a spicy BBQ sauce. Chris Brown and his friends chose to go to a 2012 fancy dress party imitating the outfits of Islamic fundamentalists, such as ISIS.

They dressed up as terrorists, donning guns, beards and bullets, for his ex Rihanna's Halloween party.

Before the gang headed out, the R&B singer and his mates posed in a car park by an expensive-looking car and held their guns above their heads.

In an apparent demonstration that he did not see the distaste in his outfit, Brown posted a message on social media saying: "Ain't nobody F***ing wit my clique!!!!"

The first winner of America's Next Top Model wore an incredibly inappropriate outfit in 2009.

Adrianne Curry decided to dress up as Amy Winehouse. But while that could have been acceptable, she had a syringe to mockingly pretend to inject drugs.

Curry was not to know that Winehouse would die only two years later, but mocking the British singer's addiction struggles was in poor taste even in life. 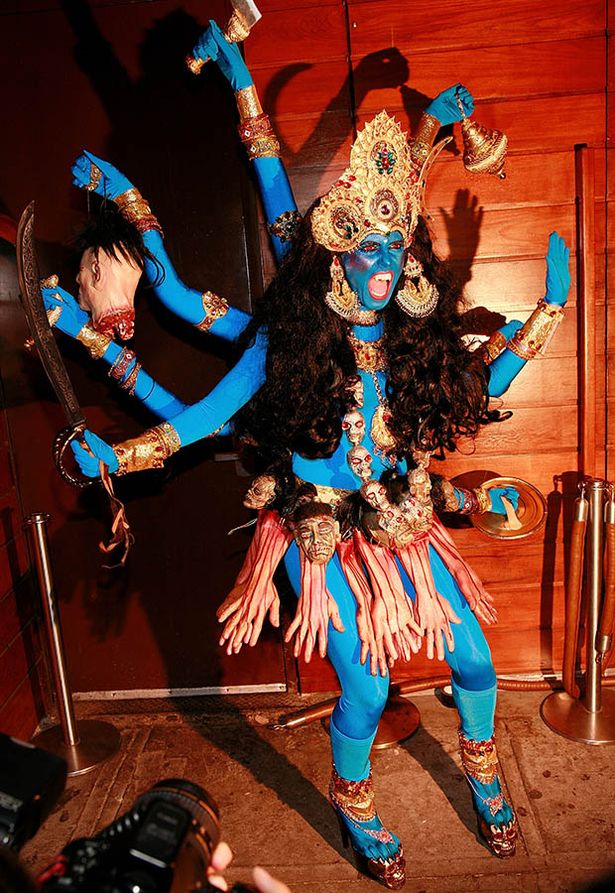 The undisputed Queen of Halloween has to be supermodel Heidi Klum, who hosts an epic party every year and makes use of incredible makeup, costumes and prosthetics.

She has transformed into the uncanny and the terrifying, from Michael Jackson's Thriller werewolf to Jessica Rabbit.

One year she came as an older version of herself, another she had identical clones and once she dressed up as Lady Godiva and rode in on an actual horse.

Usually Heidi is highly praised four her outfits, but she completely missed the mark in 2008 when she became Hindu goddess Kali.

The German-born model donned multiple arms and painted herself blue in her bid to become Kali, who is the goddess of death, time and doomsday.

But what upset people most was her belt with grisly decapitated heads and dismembered arms hanging off it.

"Goddess Kali is highly revered in Hinduism and she is meant to be worshipped in temples and not to be used in clubs for publicity stunts or thrown around loosely for dramatic effect," said Hindu cleric Rajan Zed.