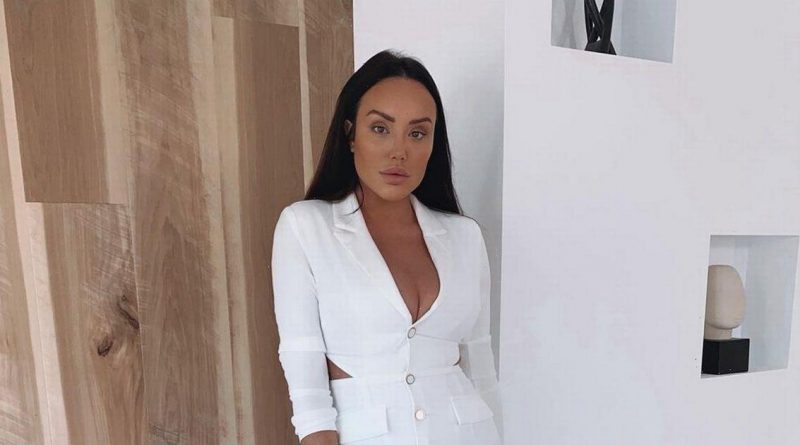 Devastated Charlotte Crosby has branded a new Channel 5 documentary show “insensitive” and “immoral” after it dissected the plastic surgery she has had done.

The former Geordie Shore star has admitted to having had lots of plastic surgery over the years and once even compared herself to pop star Michael Jackson, famous for his facial transformations.

But the 31-year-old reality TV personality was left angered when the new doc Celebrities: What’s Happened To Your Face? focused on Charlotte’s noticeable transformation over the years.

An incensed Charlotte took to Twitter to vent her anger and blasted “enough is enough” after coming under-fire on the controversial show, which has subsequently sparked public outrage.

“I cannot quite believe I am saying this but here goes,” she penned.

“In 2021 a main UK channel & production company believed it would be a good use of airtime to dissect my physical appearance.

“I have seen how many of you saw it, switched off & complained – many not even “fans” of me, just good people who know right from wrong. Thank you for that, and for your messages of love and support.

“I am aware I have put myself and my face in the public eye. TV and broadcasting has given me and my family a life we could never have dreamed of. I enjoy it, am enormously grateful for it and many of my respected closest friends work within the industry.

The former Celebrity Big Brother star stressed: “Dealing with trolls is one thing, you ignore, you block. BUT where are we as a society when the trolls are the mainstream TV channels? Will they now take responsibility for my dip in mental health and my plummeted self-esteem?”

“When is enough enough? Just because we’re in the public eye, doesn’t mean we aren’t human. Fortunately, I’m strong enough to deal with it but many aren’t!”

In one segment Channel 5 use the brutal strapline: “…rubber-lipped Charlotte released fitness books…”

And an understandably upset Charlotte believed the airtime could have been put to better use.

“That hour didn’t need to go after a 31-year-old woman for her appearance, choices and ‘rubber lips’.”

Viewers of the show leapt to Charlotte’s defence.

“I am utterly disgust that I have had to read this,” replied one of Charlotte’s Twitter fans.

“I’m so sorry you’ve had to deal with this but please know regardless of your appearance on the outside it’s what’s on the inside that counts.”

Another added: “There’s this flawed conception that celebrities and public figures are immune or excused from the human emotional experience. It is disgusting and damaging.”