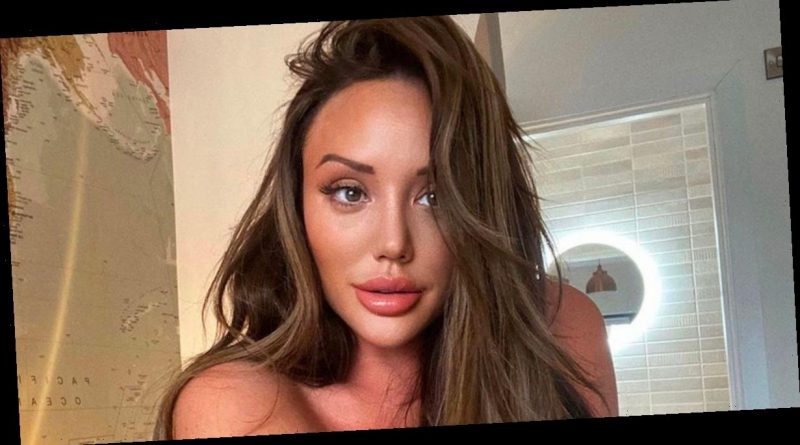 Charlotte Crosby has sent fans into meltdown by sharing a topless snap on social media.

She demanded attention as she stripped completely naked apart from a pair of crisp white briefs.

Charlotte appeared to be getting ready for bed in the candid snap as she flipped up her quilt into the air.

The Celebrity Circle star and Geordie Shore favourite flashed major sideboob as she posed up a storm for the camera while kneeling on the edge of her her bed.

She turned her body in an angle to make sure that she didn't reveal too much.

Charlotte's back tattoo took centre stage as well as her famous figure.

She captioned her snap: "Married to the house. But ain't no housewife."

Unsurpingsly, Charlotte's Instagram grid update caught the attention of her 7.1 million follower, with some leaving flirty message for the star in the comment section.

One fan gushed: "You look amazing."

Another added:"Do you need help with ur bed bbe."

A third person posted: "What a view."

She hit out at the contestants of the ITV2 dating for "taking all the jobs" and admitted that she felt "jealous" at times.

Her comments came after she told The Sun that she begged to land a spot on Dancing on Ice.

Charlotte told the publication: "I would absolutely love Dancing On Ice. I've said this every year though, and nothing ever happens.

"I’m sick of the Love Islanders taking all the jobs."

Wes Nelson, Maura Higgins and Kim Cetinay have all appeared on the ITV ice-skating show since they've left the famous villa.

While she may not have been asked to appear on Dancing on Ice, Charlotte has bagged her own one-woman show which is set to tour the nation later this year.

In an Instagram post, the MTV favourite said: "I can’t actually believe I am touring in the O2 Academy’s around the UK.

“After the great success of my 'ONE NIGHT LIVE' in Liverpool, I am now absolutely thrilled to say I’m going on my first ever tour!

"After the year we have been through I think it’s safe to say we are all ready for a night like no other with good friends great music and lots of drinks!

“Please join me for a wild night, a trip down memory lane, dozens of games and prizes and some fun special guests.”