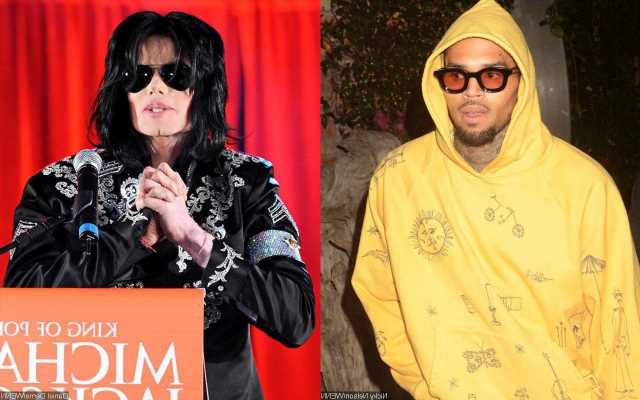 Sitting down with Big Boy for an interview, the ‘Look at Me Now’ hitmaker shuts down the comparisons with the late King of Pop as saying, ‘I ain’t better than him.’

AceShowbiz –Chris Brown has perhaps ended the controversial debate about whether he is better than Michael Jackson. Weighing on the endless conversation, the 33-year-old has humbly responded to the comparisons between him and the late King of Pop.

Breezy was sitting down with Big Boy for an interview to promote his new album when the topic was brought up. “That’s cap,” he immediately shut it down. When asked how he deals with the comparisons, he said, “I stay the hell up out of it. I’ma keep it a hundred. I kinda back off it.”

Giving props to his idol, Chris believes that he wouldn’t be who he is today without MJ. “My personal take on it is I wouldn’t even be breathing or even be able to sing a song if that man didn’t exist,” he said.

“I don’t know if they look at it as a [Michael Jordan]-[Kobe Bryant] thing, but I couldn’t even look at it. He’s lightyears ahead. There is no competing with him,” the “Beautiful People” crooner added. He even revealed that he has “shrines of this man hanging up in my house,” stressing, “Hell no, I ain’t better than him.”

During the interview, Chris also talked about a potential “Verzuz”. In the past, he said that he was only interested in battling himself, but that may have changed. “I’ma keep it a hundred. I’ve been talking to the people so we might figure something out but I ain’t gon’ say nothing yet,” he teased.

The debate about whether Chris is better than MJ has been going on for years, with Justin Bieber previously likening his “Don’t Check on Me” collaborator to a combination of Michael and Tupac Shakur. 50 Cent, meanwhile, declared in 2019 that Breezy is “better than MJ.”

The talk was reignited again earlier this year after London On Da Track proposed a question to his Twitter feed asking, “Who is the closest to Michael Jackson of our generation?” with Fivio Foreign replying, “Chris Brown !”

Former NFL star Ryan Clark also weighed in on it, tweeting, “Chris Brown is more talented than Michael Jackson… there I said it! Have a great week.” Agreeing, Tank wrote, “MJ is the greatest but CB has more gifts is all we’re saying…[praying hands emoji].”

Joe Budden then added, “Chris Brown is way more talented than Michael Jackson….like not even close. Why would you disagree with that? Because he’s Mike and he’s the best to ever do it? Yeah, but that don’t change that.”