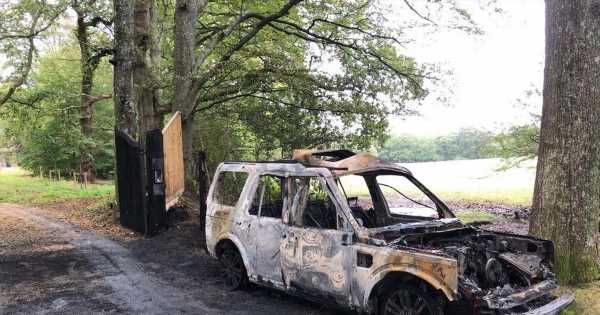 BBC Springwatch presenter Chris Packham has claimed that a Land Rover was torched by hate campaigners outside his home, while he was inside alone.

Chris told the Mirror a team of thugs wearing balaclavas drove a Land Rover to his countryside home in Hampshire, before they torched the car close to his property.

The thugs allegedly set fire to the Land Rover before fleeing the scene in a separate vehicle.

The alleged incident took place after midnight on Friday, while 60-year-old Chris was alone in his home. “The gate isn’t visible from the bedroom but of course when it exploded, it went off with a massive bang which woke me and the dogs up.

“It was an inferno. The neighbours called the fire brigade and they turned up and put it out. The police turned up a bit later."

This isn't the first time that Chris has faced backlash and hate – in 2019 he received death threats. The threats came after he urged people stop people shooting birds like crows and pigeons.

In the past, the wildlife expert and naturalist has been sent packages that have contained ­human excrement.

On another occasion he had barbed wire left on his driveway, and another act of hate saw him find dead crows tied to his front gate. Charlotte Corney, 44, is Chris' long-term partner, and she often stays at the Hampshire home with her daughter Megan McCubbin, 25.

Chris is a part of the Wild Justice Group, and two years ago the group helped force through a change in the law.

The was around shooting 16 species of birds and left farmers and hunters fuming because it meant that they could no longer cull crows and other birds that attacked their livestock.