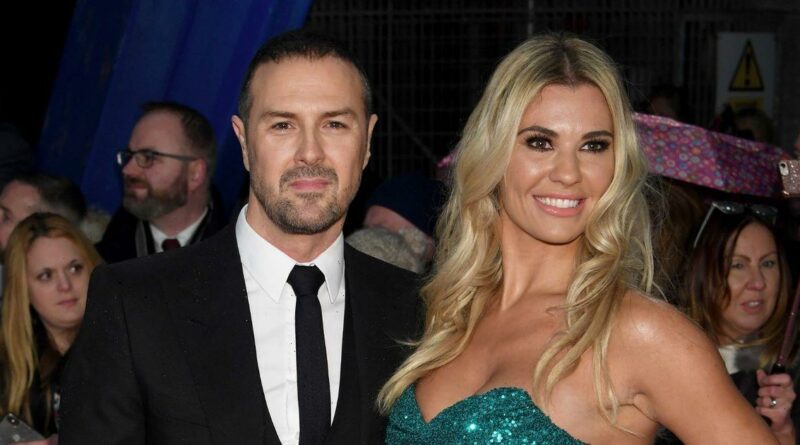 Christine McGuinness has admitted that she tried to be the "perfect wife" during her marriage to Paddy, rather than "simply being herself".

The model and TV personality, 34, announced her split from husband and Top Gear host Paddy McGuinness in 2022, with who she shares three children called Penelope, Leo and Felicity.

The model was diagnosed with autism, a developmental disability that affects how people communicate, in 2021 and during an interview with Psychologies Magazine, Christine spoke about her relationship with Paddy and how she would "mask" her autism.

"Masking" is a term used to refer to when someone suppresses natural autistic responses, with Christine saying: "I'd always wanted to be a wife so once I met Patrick, I fully went into 'perfect wife' mode, you know, 'I'll stay in, I'll cook and clean and make sure I'm the best wife I can be.'

"I was always pretending to be something else rather than simply just me, that's all part of masking."

Christine and Paddy's three children have also been diagnosed with autism, and in 2022, the couple were nominated for a National TV award for their documentary, Our Family and Autism.

The Daily Mail reports that a second documentary featuring Christine called Unmasking My Autism has also been commissioned.

The documentary is said to follow an "incredibly personal journey" with the BBC, which will charter Christine's autism diagnosis and why she was undiagnosed for so many years.

A source told The Sun: "Christine was shocked by how autism is seen as something mostly affecting men and what felt like a gender bias in diagnosis.

"The second film follows her on a journey in search of answers for the thousands of other women like herself in the UK, who are spending years undiagnosed or masking their symptoms to the detriment of their mental health."

They continued: "It's taken on additional weight as her first solo project. Away from Paddy, she’s been part of ensemble casts like The Real Housewives Of Cheshire and ITV’s The Games but this is Christine, standing alone and owning her space."