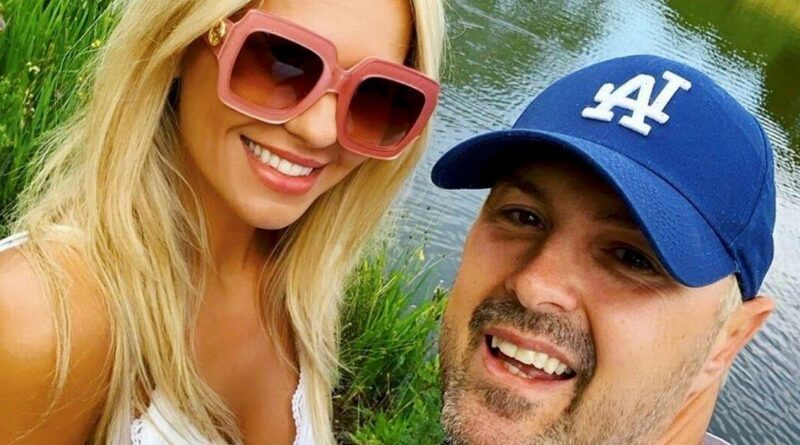 Christine McGuinness sent pulses racing as she posed by the pool in a bikini on a rare holiday with husband Paddy.

The 34-year-old model is currently soaking up the sun after recently jetting off on her first holiday in more than three years.

Making the most of the getaway in her latest snap, Christine was seen sitting on a sun lounger as she sipped on a frozen mocktail.

The star look incredible as she displayed her tanned skin in a black bandeau bikini top and string bottoms.

Scraping her blonde locks into a casual ponytail, Christine completed the holiday look with an oversized designer bag, silver earrings and Prada sunglasses.

Christine was keen to reassure her followers she was having a great time as she relaxed on the well deserved trip.

Captioning her photo, she penned: "Memories and mocktails are a match made in paradise."

It didn't take long for fans to gush over the star's poolside appearance, with one saying: "The sunshine really suits you. You look stunning as ever."

Another added: "Stunner!! Love this bag."

While a fourth shared: "I absolutely love you. Nailing motherhood – independent, beautiful and not afraid to be who you are. Utter fabulous."

From what it appears, Christine and Paddy are spending some quality time together after leaving their three kids at home.

Christine previously explained that she hasn't been able to relax on holiday since her kids were born.

However, the model has managed to overcome her fears and branched out in recent years.

Speaking to The Mirror, Christine revealed: "We started off with a little holiday in Preston, and then gradually we got to Spain.

"I want to get to the point where you relax and enjoy it. I don’t think I've done that. I've been tense."

Just like her children, Christine also suffers from autism after being diagnosed last year.

Speaking on their BBC documentary, Paddy And Christine McGuinness: Our Family And Autism, the model bravely opened up on raising her children while battling the condition herself.

She explained: "I blamed myself a lot. Patrick worked away so much, and I wanted to be a stay-at-home mum, that was my choice.

"So when they weren’t speaking, socialising and weren’t eating food, I instantly blamed myself. Maybe I’d not spoken to them enough, not touched them enough or taken them to enough baby groups.

"But now I know there’s nothing we could have done differently. Our children were born autistic and so was I."