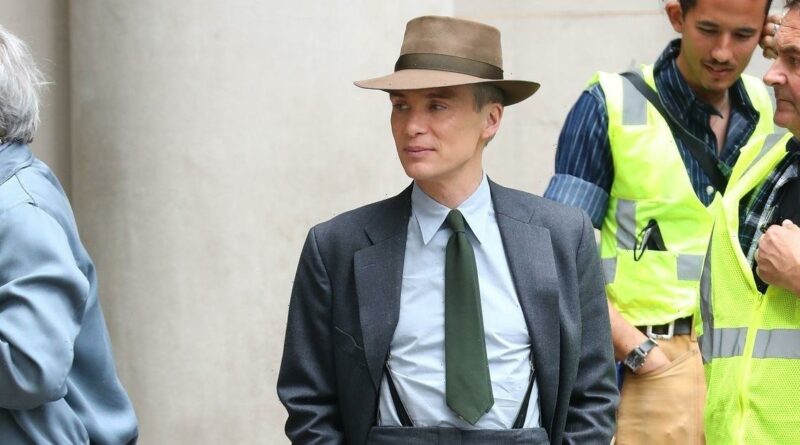 Cillian Murphy has been pictured looking very different from his Peaky Blinders character after reportedly losing a stone in weight for his latest film role.

The Irish actor, 45, who played gangster Tommy Shelby in the hit BBC crime drama, has slimmed down in order to imitate the lanky figure of theoretical physicist and so-called "father of the atomic bomb" J Robert Oppenheimer whom he portrays in his new movie.

But film fans who saw pictures on Instagram from the Los Angeles set of the Christopher Nolan-directed film, entitled Oppenheimer, were distracted by how high-waisted the Hollywood star's trousers were while he was in character.

One asked: "How did he get his pants up so high up to his chest?"

Another joked: "His pants are higher than Venezuela's inflation", while a third added: "That is one big ass pants."

In other pictures obtained by the Daily Mail, the 28 Days Later star can be seen cutting a slim figure as he films scenes with co-stars Emily Blunt and Florence Pugh.

Cillian is no stranger to changing his physical appearance for a role, having previously bulked up to play his Peaky Blinders character.

He told the Radio Times: "I’m not a very physically imposing person. So I have to eat a lot of protein and lift a lot of weights and do all that stuff. So that takes a while, which I hate."

Academy Award winner Gary Oldman also appears briefly in the biographical film, which is currently slated to come out on July 21 next year.