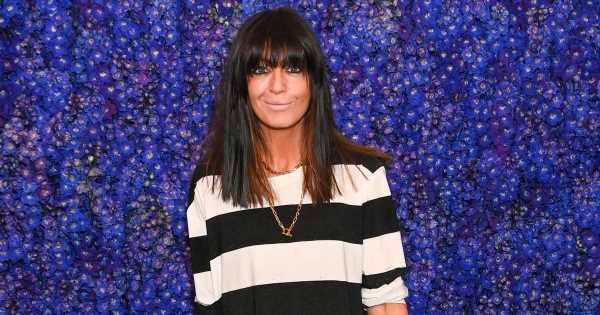 Claudia Winkleman has issued a grovelling apology to Strictly star Kristina Rihanoff after she falsely claimed her relationship with Ben Cohen started while they were on the show together in 2013.

The 50-year-old has said sorry after her comments while filming The Lateish Show with Mo Gilligan on Channel 4.

"The couple I knew had got together were Ben and Kristina," Claudia revealed, according to MailOnline.

Kristina has always stated that her romance with Ben did not start until one year after he was on the BBC show with her.

They were partnered together in the competition back in 2013 when, at the time, Ben was with his wife Abby for 11 years.

However, following the end of his marriage in 2014, he and Kristina started a relationship.

The Strictly dancer was left furious at Claudia's false claims and reportedly even threatened to take legal action against her.

In a message, that seen by MailOnline, Claudia said: "[I] am so, so sorry. I thought the question was about who has found long-time love [via Strictly].

"I said, 'Ben and Kristina', excitedly, and then I said Stacey and Kevin [referring to Stacey Dooley and Kevin Clifton who were on the show together in 2018 and have been together since 2019]."

Claudia continued: "So sorry, I'm a moron. It was a two-second moment."

It's not yet known whether Claudia's comments will be cut from the show which will air tonight (June 24).

Since getting together back in 2014, the Strictly pro and Ben have had one daughter together called Mila.

Ben also has two twin girls from his past marriage with Abby, who was very vocal about her ex-husband's betrayal.

In 2015, she said: "My husband, who I was with for 23 years, unconditionally loved and was completely loyal to in every respect, has left me for a f**king Russian dancer."

However, she said in an interview with new! magazine that she now "regrets" saying those things about Kristina.

She said: "At the time of the break-up, when hugely stressed, I once angrily referred to Ben's partner as a 'f***ing Russian dancer' to a journalist hassling me. I regret that now."

Before Kristina and Ben got together, the Russian dancer was in a four year romance with former celebrity Strictly dance partner, Joe Calzaghe from 2009 to 2013.