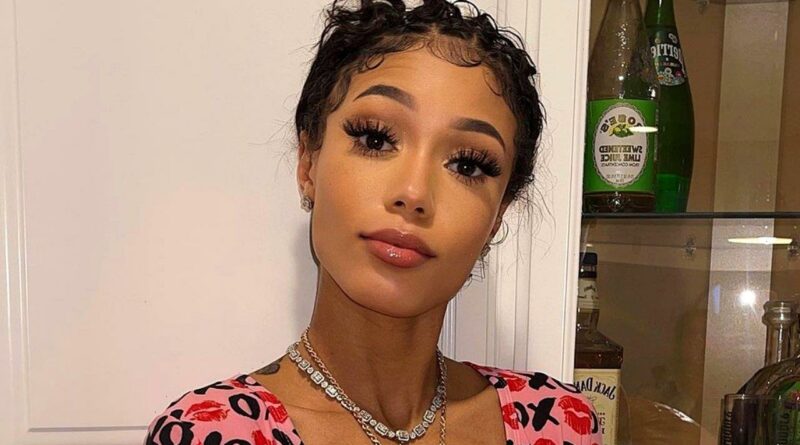 When voicing her frustration on her social media account, the 24-year-old raptress daughter of Benzino claims that she is ‘tired of people holding s**t against [her].’

AceShowbiz –Coi Leray recently aired out her frustration on social media. Making use of her Instagram Story, the daughter of Benzino lamented being “tired” of people taking credits for her ideas.

“I’m tired of people looking for sympathy when they just don’t get the job done so they find reasons to make you feel bad: s**t is sad fr. Tired. I’m just tired,” the hip-hop star added. “This life is draining. I’m so hungry and motivated any label would love to have an artist like me. Sad man .Sad. It’s really a Mental sacrifice.”

It remains to be seen what and who Coi referred to in her post. However, it came more than a month after the “TWINNEM” femcee divulged that her label blocked release of her debut album. When a fan asked, “Any updates on the album,” she replied, “Na I’m sorry.”

“Feel like I’m ready for an album, but my label doesn’t think so. So I’m just going with the flow,” the girlfriend of rapper Pressa further penned in a separate post. “I hate the flow.”

“Glad my album ain’t drop. Between Drake and Kanye, sheesh,” the “No More Parties” raptress penned at that time. “Everything happens for a reason. This gives me more time to tighten up. Maybe take some notes from the both of them.”