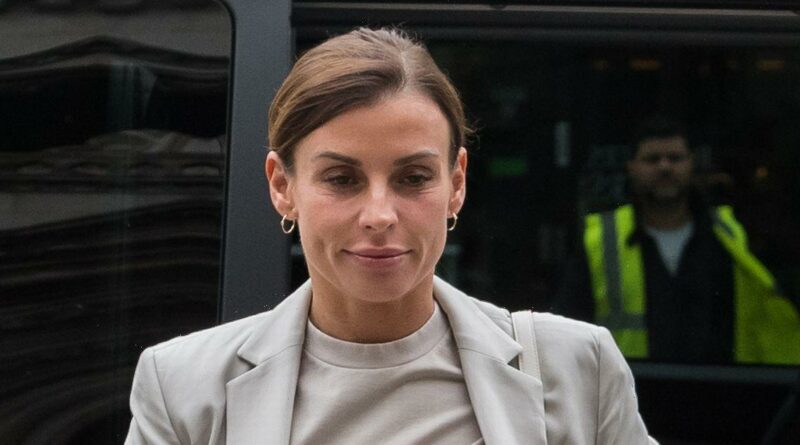 Coleen Rooney has admitted that one of the three fake stories she claimed had leaked from her Instagram account was in fact a 'coincidence.'

The mum-of-four took the stand in her libel case against Rebekah Vardy on Friday (May 13) as she began giving evidence in the trial.

Coleen, 36, made a series of fake posts to the private account in order to try and trace who she suspected was leaking stories about her to the press.

However, one of the stories that eventually appeared she now admits was 'a coincidence' after the journalist who wrote the article came forward to correct her on who she had suspected may have been to blame for it being printed.

Coleen said she now accepts that the information in the article did not come from her private account to the newspaper and was in fact sourced elsewhere so it no longer forms part of her case.

She said: "It was a coincidence."

When it was suggested by Vardy's lawyer Mr Tomlinson that Rooney has no evidence that the source for the two remaining fake stories was Vardy she rebutted the claim.

She said: "I believe I do. I believe it has come from the account and I believe Mrs Vardy knew that it was happening – whether it was Mrs Vardy herself or someone he has given permission to."

Responding Tomlinson said: "Your belief is not evidence Mrs Rooney. You might believe Derby County may win the Premiership within two years but it does not mean it's going to happen.''

Elsewhere in the trial today Coleen addressed her past relationship woes with husband Wayne Rooney as she explained how stories being sold about them impacted her at a time when their marriage was on the rocks.

"I didn't know how my marriage was going to work out. What was going on with that relationship. We needed to try and work things out.''

Coleen, 36, then continued to describe how an article that came out at the time with an image of Wayne in bed with their children and suggesting he was back in their marital bed had added to her upset and affected their relationship.

She said: "I was spending a lot of time at my parents' house. My and Wayne were trying to figure out our relationship and see where things were going. But I didn't want the public to know that.

"I knew how quick the papers are to jump onto things. I hadn't settled on, 'this is it – we are getting back together?'"