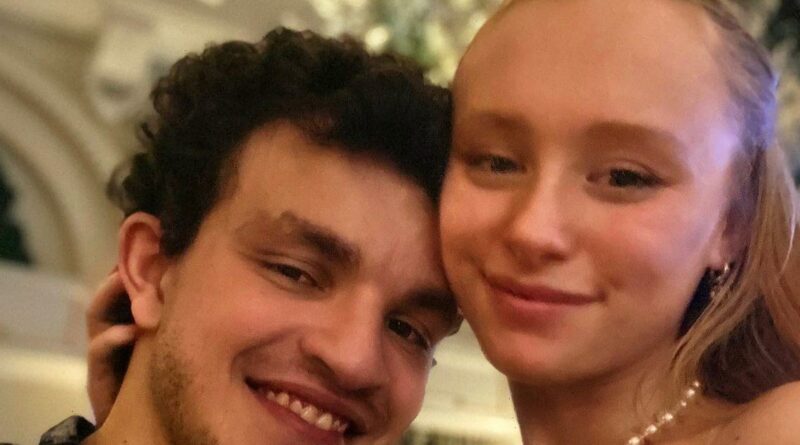 The 20-year-old actor popped the question to Mollie, 19, last year on a romantic date night but managed to keep the news a secret from fans until now.

The couple, who've been dating for two years, have decided to share their exciting news with world.

Speaking to OK!, Alex said: "I thought, 'If I don’t do it now, I’ll keep getting more and more nervous!' I was pretty certain she’d say yes, but I was still bricking it. "I can't spend my life with anyone else."

Mollie explained that Alex got down on one knee in October last year, and they told their nearest and dearest over the Christmas holidays two months later.

The ITV star has previously credited his role at Coronation Street for saving him. "If I didn’t stick at the job that I’m in now I would have been lost."

Alex left fans concerned earlier this year after he took to Instagram to inform fans he'd been in hospital.

He later followed up with a reassuring post after he'd clearly been bombarded by concerned friends, fans and loved ones. Sharing an image of a waiting room, he instead penned: "Not where I expected to end up tonight."

It appeared that his injury couldn't have been overly worrisome as the soap star took to his social media account to confirm that he was jetting off from Manchester Airport.

Still allowed to fly, despite his injury, Alex shared a selfie with a caption that read: "Time to see if I've still got my flight legs or something like that!"

In a separate update, it was clear that the actor had clearly done some damage to his foot as he was shown being transported via wheelchair as he waited to catch his flight.

His ankle was also strapped up in orthopaedic grey leg brace as Alex thanks the "helpful people" at the airport for assisting him on his trip.

Alex wrote: "Got a fancy new set of wheels!

"Thank you to the helpful people at Manchester Airport! @manairportuk."

Alex has been on Coronation Street for 12 years, playing Ken Barlow’s (William Roache) grandson since joining in 2008.

He’s won Best Young Soap Performance twice – first at the British Soap Awards in 2011, and again in 2004 at the Inside Soap Awards.