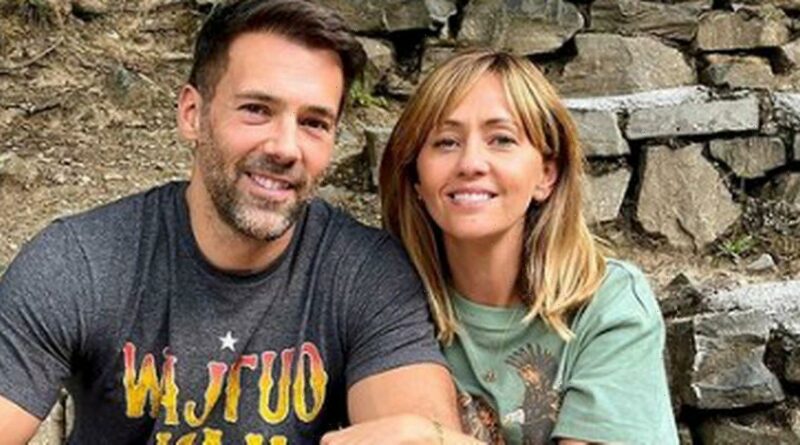 Coronation Street's Samia Longchambon has wowed her loyal legion of fans while donning a pair of extremely short shorts.

The 40-year-old Maria Connor actress uploaded a snap where she could be seen parading her slender figure and toned legs on a leisurely day out with her other half.

She took to Instagram on Saturday (July 30) to share a sweet slew of snaps with her husband Sylvain to celebrate his 42nd birthday.

READ NEXT: Corrie's Tina O'Brien shows off toned tummy in crop top as she parties with co-stars

"Santé to a day of celebrating you and everything you are to us.. As the cool kids say, #lysm always! #birthdayboy #happybirthday."

In the first snap, the beautiful soap star could be seen cuddling up to her hubby while the pair sat on a rocky area of what looked like a beach.

The next snap saw Samia with Sylvain, their son Yves, and Samia's daughter Freya, while the third caught Sylvain posing and showing off his impressive muscles.

Samia has been married to French professional ice skater Sylvain Longchambon for six years this month.

The pair met when the actress was paired up with the professional skater on ITV's hit skating show, Dancing On Ice, back in January 2013.

Two years later in May 2015 she announced her engagement with the pair marrying the following summer in August 2016.

The couple share a son named Yves Joseph Longchambon, who was born on in September 2015.

Samia is a mummy to two kids and shares her first born child, daughter Freya, with Matt Smith – whom she was married to from 2005 until 2011.

The stunning actress has portrayed the role of Maria on ITV soap opera Coronation Street since 2000 – meaning she's starred on the programme for a whopping 22 years, since she was just 18.