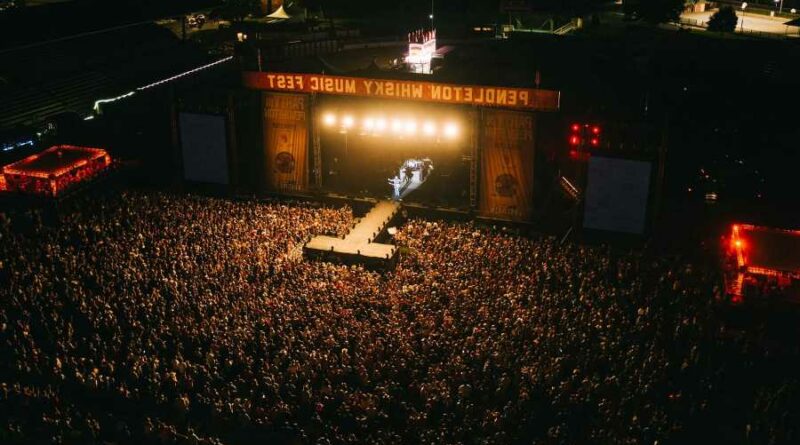 Health officials are investigating Covid-19 outbreaks tied to two recent outdoor music festivals in Michigan and Oregon, raising new concerns about the safety of events with tightly packed crowds, even outside, as live music surges back and the more transmissible Delta variant spreads. Officials in Michigan say at least 83 cases can be traced to the Faster Horses Festival, which took place in Brooklyn, Michigan, from July 16th to 18th, while authorities in Oregon are looking at 62 cases tied to July 10th’s Pendleton Whisky Music Fest in Pendleton, Oregon. In Michigan, one person considered a “secondary case” — infected by someone who contracted Covid at Faster Horses — is hospitalized. Neither event required attendees to be vaccinated.

“These events are the warning shot across the bow,” says Dr. Emily Landon, executive medical director for infection prevention and control at the University of Chicago Medical Center. She also points to the numerous cases reportedly tied to July’s Verknipt Festival in the Netherlands, which was also held outdoors. “I think we’re finding it does matter what you do outdoors,” Landon adds. “And even though people are vaccinated, it looks like we may need to be more careful with super-crowded events.”

At the Pendleton festival, where Toby Keith, Cole Swindell, and other acts performed for more than 10,000 fans, contact tracing confirms that much of the transmission took place in an area where fans were jammed up next to each other, according to Umatilla County, Oregon, Public Health Director Joe Fiumara. Organizers say they reduced capacity at the festival to try to give fans room to spread out safely, but the crowd crammed to the front anyway. “Not all, but the majority of cases have been traced to the party pit area,” Fiumara says. “There was a lot of area provided, but folks were pretty close together.”

After coming to a halt last spring, the business of live music has started roaring back, even as the Delta variant has forced cancellations or postponements from acts including the Foo Fighters and Fall Out Boy, and a new push for vaccination requirements and other safety measures.

Outdoor events remain far safer than indoor ones, experts agree. Even in the most crowded outdoor areas, aerosols can’t build up the way they do indoors, which vastly reduces the risk of a single contagious person spreading Covid to many people. Still, according to aerosol scientist Alex Huffman, an associate professor of chemistry and biochemistry at the University of Denver, some of the benefits of being in open air diminish when thousands of people are crammed cheek-to-cheek, especially with the more transmissible Delta variant spreading widely. “If you’re outside and you’re packed in with someone,” says Huffman, “it’s getting closer to being like an indoor environment, where you have really high aerosol exposure from the person that’s a foot from you, or even inches from you.”

Vaccination rates are another crucial factor. Only 22 of the 83 people with infections tied to Faster Horses — which hosted performances by Jason Aldean, Thomas Rhett, and Luke Combs — were vaccinated, according to Chelsea Wuth, associate public information officer for the Michigan Department of Health and Human Services. Oregon authorities don’t have specific information on the vaccination status of the cases tied to Pendleton, but approximately 50 percent of people in Umatilla County, where that festival took place, have received at least one dose.

“It’s an unfortunate situation,” says Pendleton co-organizer Dr. Doug Corey, who is also a veterinarian. He notes that the festival followed all governmental guidelines, and reduced capacity from 20,000 to 12,000. “We hope anyone that got Covid is improving and getting well.”

Organizers for the Faster Horses festival declined an interview request, but said in a statement that they “worked closely with local officials to ensure all recommended guidelines were followed. We are encouraging everyone who attended to engage in regular testing for Covid-19 so we can do all our best to protect one another.”

Landon is most concerned about pit-type areas and crowded festivals. Even seats at a stadium are far more safe than those scenarios, she says, thanks to increased distance between fans and the lack of the countless close contacts that occur when wading through a sea of people. “When you get people in an orderly setup, facing the same direction, it’s really different,” she says. “Even that couple of feet of distance between the seats makes a big difference, compared with being in a pit at a show.”

She recommends that festivals and concerts require vaccinations, and that fans who insist on going into packed areas wear a mask — and eye protection as well. “Expecting someone to wear an N95 and a face shield to a summer music festival is a big ask,” she writes in an e-mail. “But  if I had to go, that’s what I would do.”