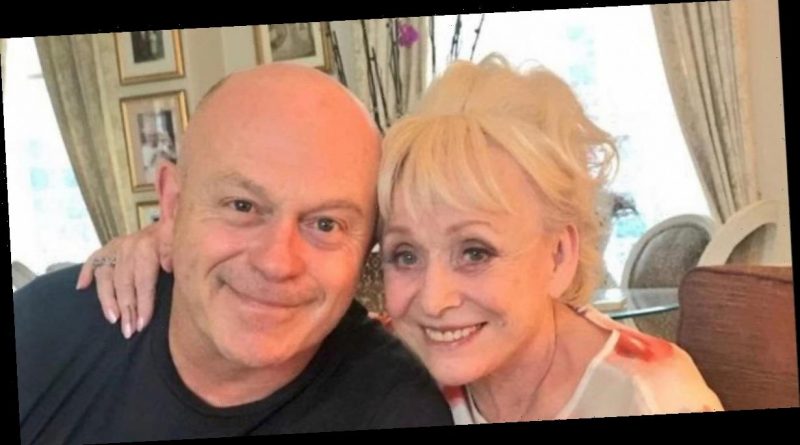 EastEnders star Ross Kemp delivered a moving tribute to his former co-star Dame Barbara Windsor at her funeral on Friday in North London.

The 56-year-old credited the national treasure for her outgoing spirit, charm and "common touch" that left the nation in complete awe of her for over 60 years.

Ross, who was better known for his role on the soap as her son Grant Mitchell said: "If you walked down the road with Bar, you knew a five-minute walk would take you at least ten to 15 minutes.

"She had time for everyone and anyone, no matter who or what they were."

Speaking about Barbara's kind nature, he was amazed how his former on-screen mum could dazzle anyone with her charisma, no matter who they were.

He continued: "She was a diplomat who could walk with queens and princes, gangsters and politicians but she never lost the common touch — she was just as happy having a quick chat with a plumber, baker or candlestick maker."

Ross's emotional tribute was was published by The Sun, with Barbara's husband Scott Mitchell also providing his blessing for the soap star to share his moving words in her honour.

The funeral service of the 83-year-old was encompassed with floral arrangements, with beautiful blooms used to spell "Babs", "The Dame" and even her catchphrase "Saucy" on top of her coffin.

Mourners on the sidelines ensured that they were wearing masks in keeping with government guidelines surrounding Covid-19.

In keeping with Government guidelines, no more than 30 mourners were able to attend the service.

A tearful Ross delivered the warming eulogy, touching on their 26-years of friendship and describing what the girl from Stoke Newington was really like as a person.

He described Barbara as national treasure who "burned brighter and longer" than any of her famous peers.

Ross explained that the TV starlet was multitalented and full of life which mean that a very tame night at the theatre could end up in an "impromptu knees up".

Barbara sadly lost her lengthy battle with Alzheimer's after she had been diagnosed with the condition back in 2014.

After suffering in silence about her illness for four years, she bravely decided to open up alongside her life-long partner Scott – with the pair raising over £4million for Dementia Revolution.

Finishing his tribute, Ross added: “You were brave enough to publicly face Alzheimer’s and help remove the stigma attached to it.