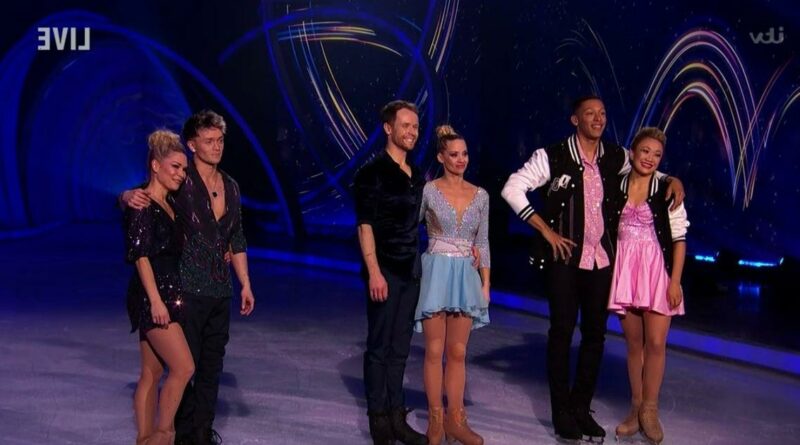 Dancing On Ice viewers were left stunned when a double elimination saw Connor Ball and Kye Whyte both axed from the show.

Sunday night's show saw the final five contestants – Kye Whyte, Brendan Cole, Connor Ball, Regan Gascoigne and Kimberly Wyatt battle it out for a place in the final, which has been delayed for a week due to the FA Cup quarter finals.

And while three of them will skate it out again for the very last time, the brutal double elimination meant two couples had to be axed tonight (March 13).

The result saw Kimberly Wyatt, Brendan Cole and Regan Gascoign cruise into the final of the show in two weeks' time, with next week's show postponed for Six Nations rugby fixtures.

Viewers of the ITV show took to Twitter to share their disappointment that the two contestants who had the least dancing skills prior to the competition were axed from the show.

One user pointed out: "3 professional dancers in the final of dancing on ice just not really fair is it considering how far both Connor and key came #dancingonice."

Another argued: "Kimberley's skate off routine was not the best routine. Connor and Hair were much more captivating and fun skates. The judges had already chosen who they were putting through before they even skated. It's such a fix #DancingOnIce."

A third fumed: "Kinda fuming Connor and Kye went … most improved and NOT professional dancers prior to the show … #DancingOnIce."

Elsewhere in the show, presenter Phillip Schofield was left on his own after his co-star Holly Willoughby was forced to stay at home after testing positive for Covid-19.

The news was confirmed in a statement on the show's official Twitter page earlier in the day.

It read: "Unfortunately, Holly Willoughby is unable to host tonight's show after testing positive for Covid-19.

"Tonight's #DancingOnIce Semi-Final will be hosted by Phillip Schofield and we look forward to Holly returning for our Live Final @hollywills @Schofe."

This week saw Kye admit that he "loved" being an underdog on the show as he waded into the "fix" row over contestants on the show with a professional dancer background having an unfair advantage in the competition.

He told The Sun: "I love being the underdog, I love it so much. I’m just trying to live up to all their standards.

"It makes me enjoy skating more, knowing my scores ain’t too far away from them guys — even though I reckon if they could get higher than a ten, they probably would be."