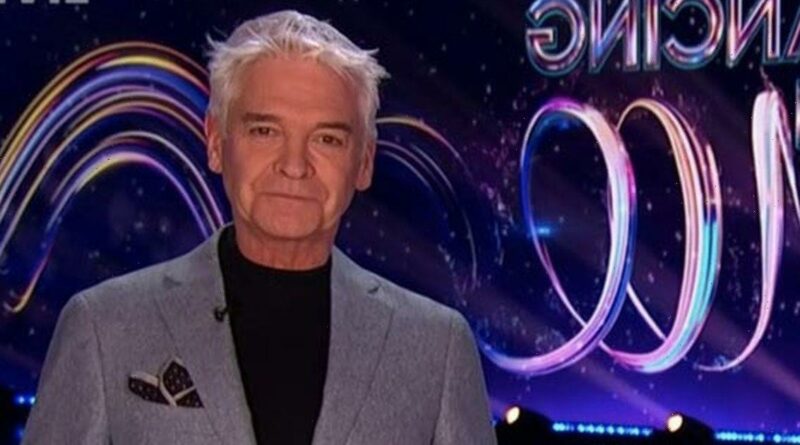 ITV star Phillip Schofield has shared the details of a love note left for him at Dancing on Ice.

The presenter revealed that a secret admirer was leaving him love notes behind the scenes of the ITV skating show.

Showing the love, someone working behind the scenes of the show left Phil an adorable note backstage.

The 59-year-old star was much pleased with the revelation and took to social media to show off his message.

On Sunday, Phil shared a photo of a heart-shaped red note that read: “If you were a chicken, you’d be impeck-able.”

Thrilled at the message, Phil penned alongside the snap: “Loving the little notes posted anonymously backstage @dancingonice” – along with a heart face emoji.

A second pic showed another note that said: “You are a ray of sunshine.”

Phil then wrote: “On my dressing room door” – this time with two heart face emojis.

Liberty Poole became the latest star to leave Dancing on Ice – but it didn't come without a surprising message backstage.

The former Love Island star was gutted to get the axe from the ITV skating show on Sunday night (February 13) – along with her pro skating partner Joe Johnson.

Liberty had suffered a nightmare night as she stumbled on the ice rink during her rollercoaster routine to Flo Rider's hit song Right Round.

Although she managed to get back up in her feet and bagged 28 points out of 40 from the judges, it wasn't enough to save her at the end of the night.

After being booted from the show, heartbroken Liberty took to Instagram to tell her fans she had been crying over the result.

However, she was baffled by a message in a tissue that harked back to her days as a Nando's waitress.

Chatting to her fans in a series of clips, she said: "Despite what happened tonight, I'm so thankful for everything and to everyone…"

She proceeded to tell them about how she was handed a Nando's tissue to wipe her tears away – which reminded her of her pre-fame days as a Nando's worker.

Liberty worked for the chicken restaurant chain before she entered the Love Island villa in the summer of 2021.

For more of the latest showbiz news from Daily Star, make sure you sign up to one of our newslettershere