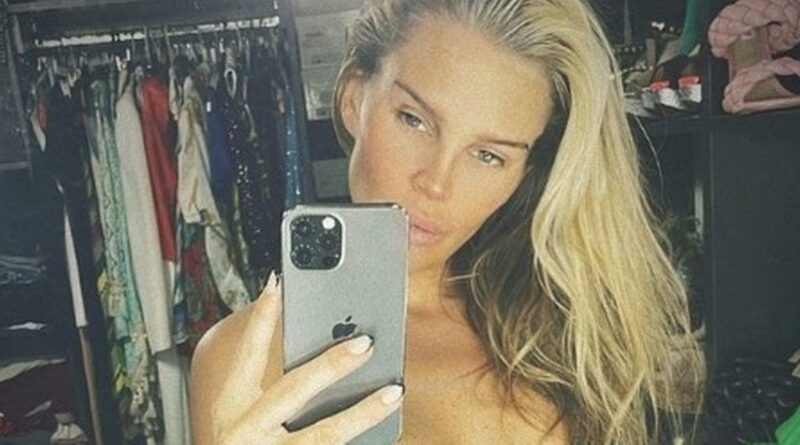 Danielle Lloyd has said that she "doesn't care" what other parents think of her doing OnlyFans because she "really enjoys" it.

The stunning model currently makes a living from selling adult content on the x-rated site and she doesn't care what other mums at the school gates think of her.

Former WAG Danielle lives in Birmingham with her personal trainer husband Michael O’Neill and their children.

At 38 years of age, Danielle is a doting mum to five kids and joined the adult site two years ago in a bid to provide for her family, with subscribers paying £7.50 a month.

She has now revealed in a new interview that she feels "sexier than ever" and believes that it's down to getting older.

Speaking about the content she shares and sells online, Danielle explained how she doesn't pose topless anymore.

The former WAG-turned-OnlyFans-babe also revealed to The Sun On Sunday in her latest interview that everything she posts online "is implied" urging that there's "nothing wrong" with the content she sells.

Aware of other people talking about her profession, she knows that "there are probably some mums at the school who look at me and think, ‘Oh my God, you do that?’."

But she said that nobody has ever said anything negative about it to her while at the school because she tries to keep herself to herself.

She also told the paper that she doesn't care what anybody thinks of her OnlyFans career – only her husband and kids.

Danielle isn't the first celeb to have jumped ship to OnlyFans – she joins the likes of Kerry Katona and Katie Price who sell content online.