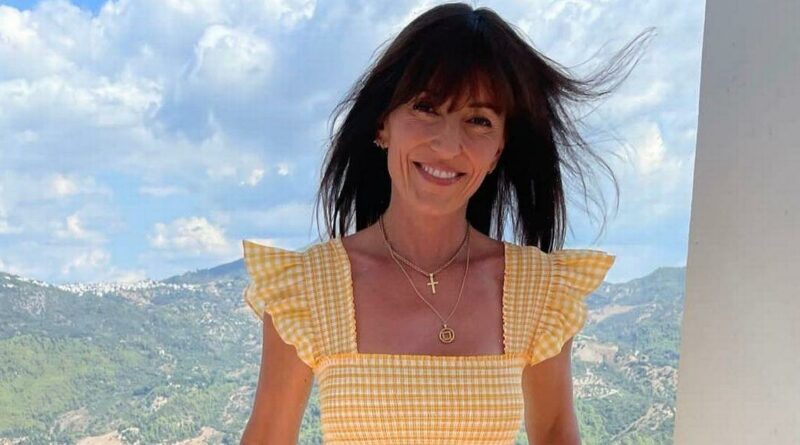 The Masked Singer star Davina McCall admitted to her fans that she had to delete her Instagram picture after sharing it on the platform.

Davina, 54, looked gorgeous as she donned a stylish yellow dress with a checked pattern with a billowing skirt a square neckline.

Posing in front of a scenic background in Spain, Davina sent her fans wild as she struck a pose for the camera in the summery ensemble.

As fans rushed to ask where she got the dress from after seeing her wear it on the show, Davina soon posted it on her social media.

However, she was left red-faced after discovering she had made an awkward mistake and later deleted the picture.

As she uploaded it, she captioned the snap: "I deleted the last one because when I put my glasses on, I realised I had my eyes shut.

"I got asked a lot, so this dress I wore for #languageoflove was from @rixo thank u @abigailrosewhite and @angiesmithstyle and @mdlondon for hair and @cherylphelpsgardiner for makeup."

Davina is hosting The Language of Love, a Channel 4 series which sees Brits and Spaniards try to find love despite not speaking the same language.

Meanwhile, the presenter is yet to respond after former Big Brother host Brian Dowling has reignited their feud.

He hit out at Davina after she claimed he was invited to appear on the Big Brother special, which took a look back at the hit reality series, whereas Brian said he was never contacted.

Brian told The Sun: "I’ve not got an apology for stuff that was said.

"I know what happened to me during my time on that show – Davina McCall doesn’t because she wasn’t on the show.

"She resigned and left the show on Channel 4, and she passed me her microphone."

Brian added he felt "uncomfortable" with Davina's comment because they "weren't her truths to tell" and were only his.