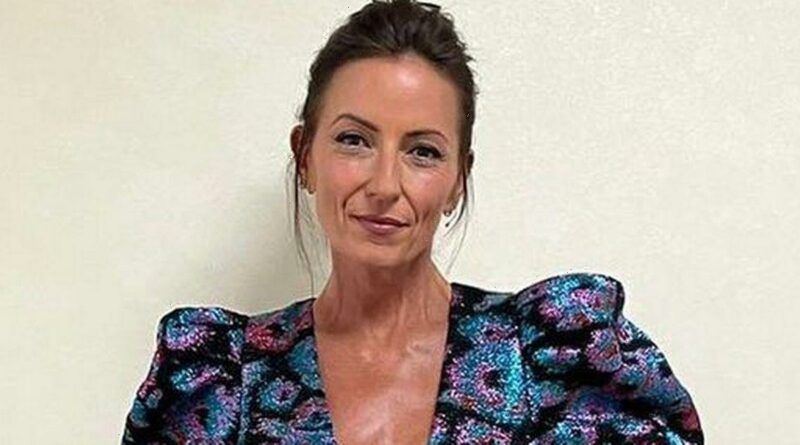 Davina McCall has been praised for her ever-youthful appearance again and fans have even said she looks only 25.

And viewers could not get over how fab Davina, 54, looked.

Before airing the former Big Brother presenter shared a picture of her outfit – a short, shimmery, puff-sleeved dress with a plunging neckline.

The compliments flooded in, with Abby Clancy leading the way with calls of “stunner”.

She was compared to Benjamin Button and someone else commented that she “aged like a fine wine”.

Meanwhile, there’s a new judge on the panel.

Due to work commitments, comedian Mo Gilligan has been replaced with none other than gangly footballer Peter Crouch – possibly due to “inventing the robot dance” on the pitch.

He even thought that one of the acts, Scissors, could be his wife Abby.

During a press conference, the ex-Liverpool and Stoke player said: "I leant over and asked 'Are You Scissors?'

Admitting he's found playing detective a bit tricky, 6ft 7in Peter added: "The clues are so hard. Even some of the ones unmasked, I think back at the clues and try to see how they relate to that person. They are tough, but the clues are all there. It's so clever how they are all linked to that one person."

He also recently opened up about how he once endured the holiday activity from hell when a spooked horse almost threw him "off a cliff" during a holiday in Mexico.

The former Liverpool and Tottenham ace’s horse riding activities did not get off to the best of starts, as he also admitted that he looked like he was on a "donkey at Blackpool beach" compared to his more experienced other half.

But a bystander saved the day apparently.

“As we were going, there was this fella who had a lasso, and he managed to lasso the horse and pull it back, literally just before we went off the cliff," Peter shared in his podcast.

“Once he reined me in, I was literally in tears, because I thought I was dead."

When is Big Brother returning, who will host and how can you apply?