Demi Lovato is using her voice and her platform to take a stand. The songstress released a powerful, politically-charged music video on Wednesday in an effort to rock the vote and promote civic engagement across the nation.

The song, “Commander In Chief,” which she first released on Tuesday, touches on many of the events that have taken place throughout the tumultuous year, and serves as a condemnation of injustice, intolerance and social apathy.

“We were taught when we were young/ If we fight for what’s right there won’t be justice for just some/ We won’t give up, stand our ground/ We’ll be in the streets while you’re bunkering down,” Lovato belts in the evocative tune. “Loud and proud, best believe/ We’ll still take knee/ while you’re Commander in Chief.”

The video features a number of people of all races and ages singing along to the song against a black backdrop. Lovato is seen at the end passionately belting out the lyrics as she gets teary eyed.

Produced by GRAMMY-winner Finneas — and written by a collective of influential creative powerhouses including Lovato, Julia Michaels, Justin Tranter, and Eren Cannata — the song comes just a few weeks before the 2020 presidential election on Nov. 3.

The singer is also sharing information on how to make a voting plan and use your voice as part of her effort to galvanize the passions of Americans seeking change.

Lovato performed the provocative, politically-charged anthem live for the first time at the Billboard Music Awards.

Additionally, after sharing the song, Lovato couldn’t help but reply to critics who didn’t like the song or wanted to hear her political views.

“So I’m getting a lot of these comments,” she wrote on Instagram Story. “This is my response to anyone who wants to silence me.” 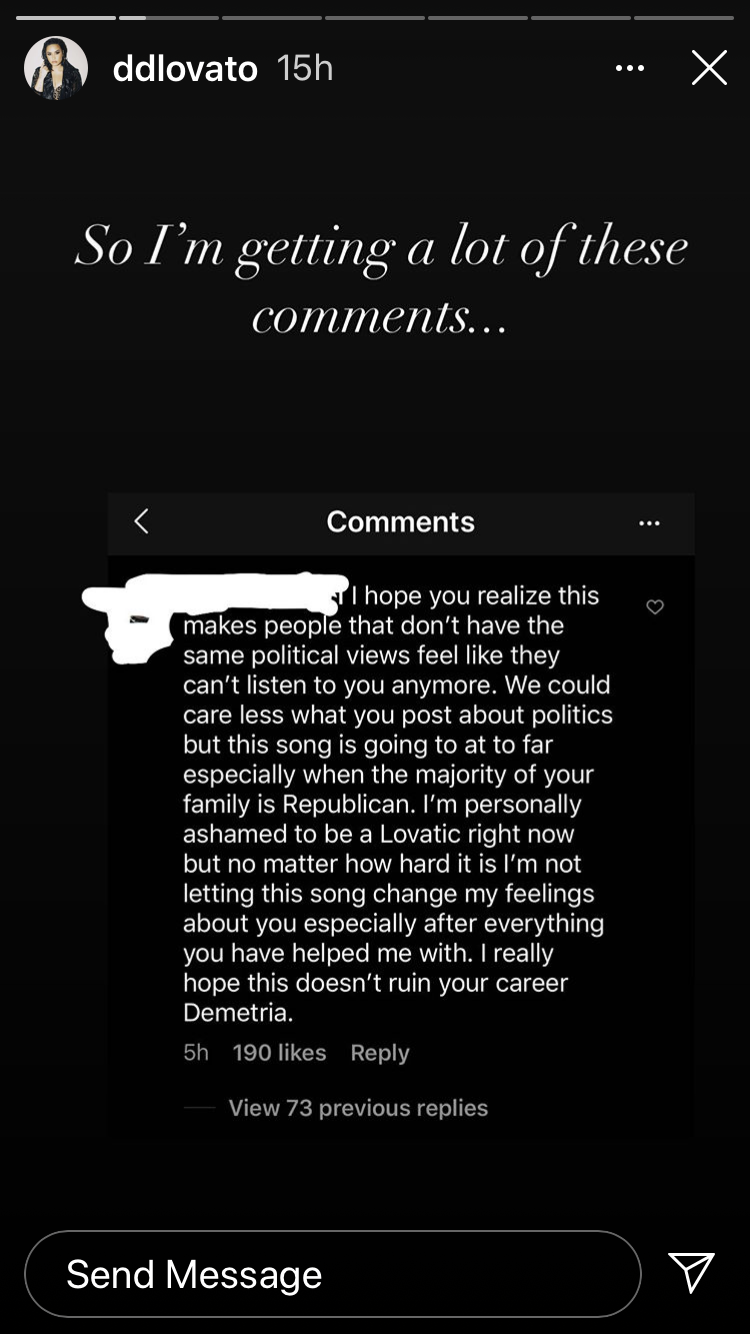 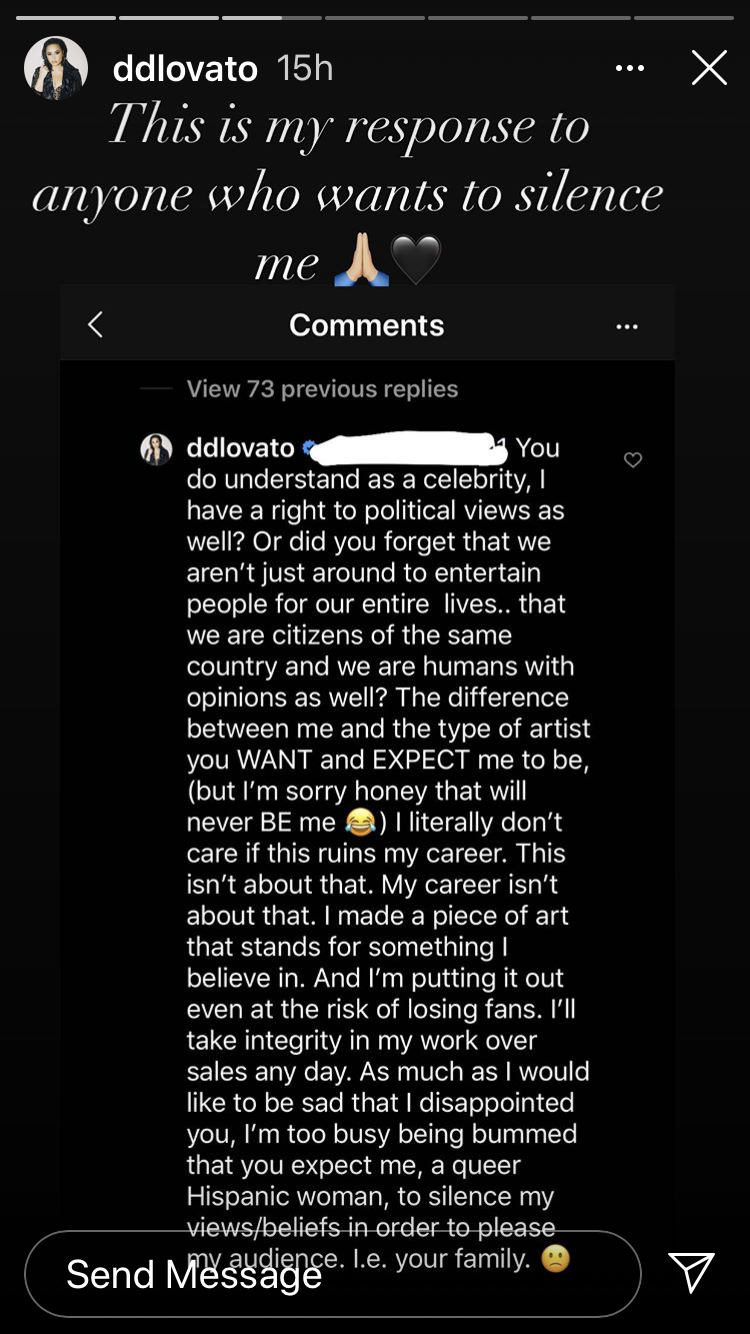 She also wrote, “Music is Art, Art is expression meant to create conversation. We are heading into the most important election of our lives. This song isn’t about division. This is about finding answers from our sitting President. So please, debate, and talk about voting. That’s what this is all about.” 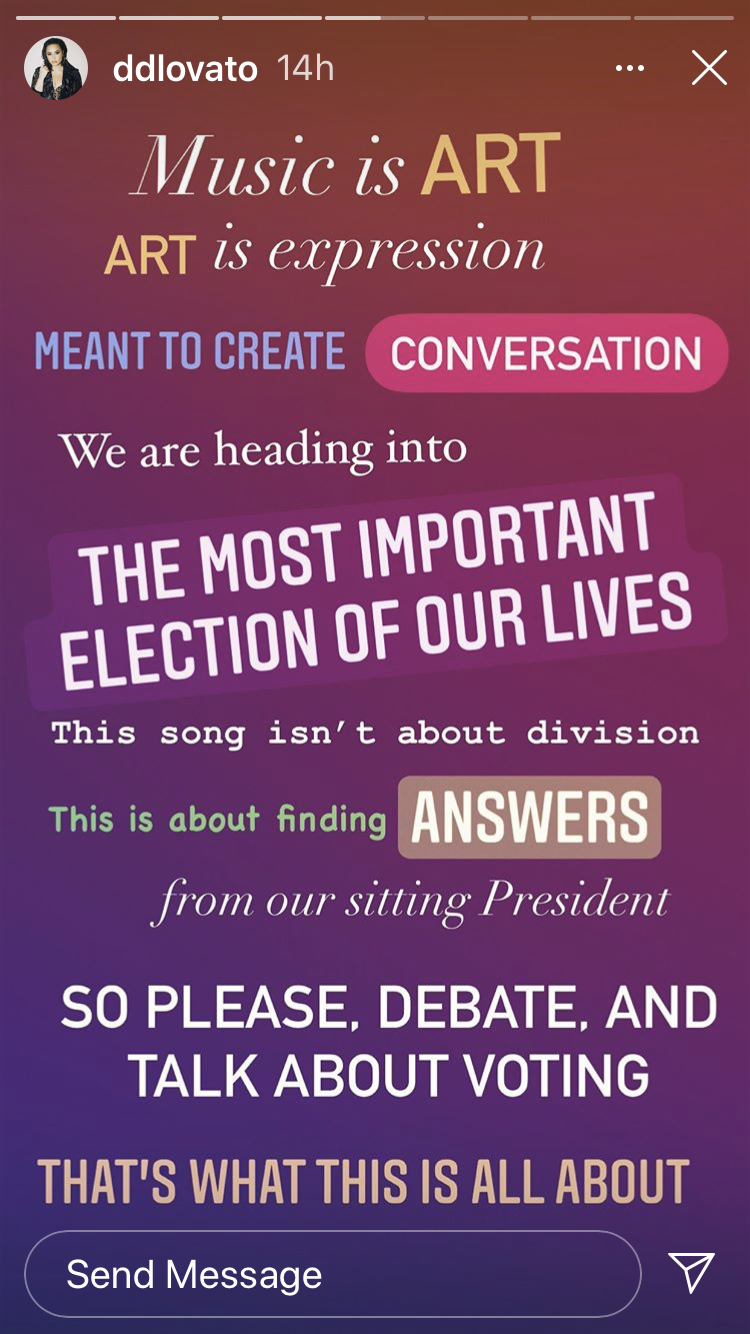 Election Day is November 3, 2020 – head over to Vote.org to check your voter registration status and to the latest information.