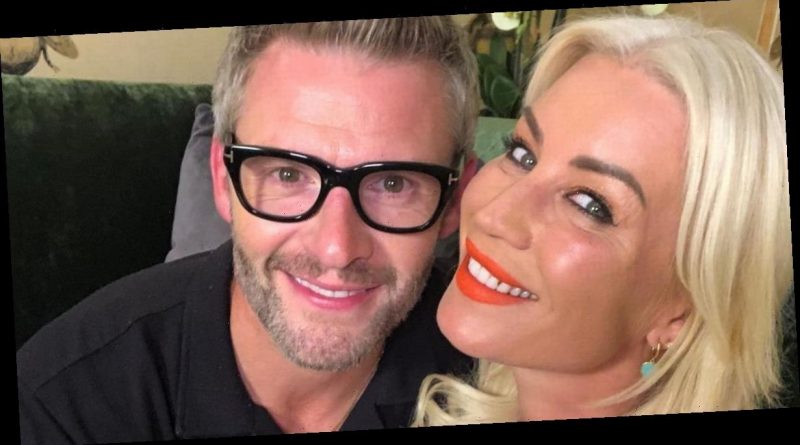 She was the original ladette, a fun-loving 90s party girl who started to make being blonde in Essex seriously fashionable.

Denise Van Outen has made it clear that very little is off limits whenever you speak to the 46-year-old, and she is sure to tell you exactly what's on her mind.

Often cheeky and always charming, she has lived most of her life in the headlines after her debut as a presenter in the 90s.

That said, she doesn't always try too hard to keep herself out of the spotlight as the star loves to offer fans an insight into her steamy sex life with fiancé Eddie Boxshall – whether he likes it or not!

The saucy star is not shy when it comes to talking about their bedroom antics.

"We've got a very healthy sex life, we don't have to…." she explained to the stunned panel.

Denise has been dating the city trader for over six years and they are recently said they are preparing to get married "once all this is over".

Even though they are hopefully soon to get hitched, she admits to still flirting with her male pals.

They are so trusting that Eddie has the passcode to her mobile – so he can read her text messages.

She revealed: "Eddie, knows the passcode to my phone and he can look at it whenever he wants.

The former presenter and West End star is mother to ten-year-old daughter Betsy, whom she shares with former husband Lee Mead.

They met in 2007 and married in April 2009 before divorcing in 2015 says that the marriage had irretrievably broken down but have remained good friends.

So at ease are the pair that they literally let the cameras into their home.

They star in the celeb version of Gogglebox and guess what? There was smut a plenty.

Eddie got quite carried away during the clip.

To which Denise replied: "No… I'm Dirty Den."

"I wish you were Dirty Den," Eddie exclaimed suggestively. "Not tonight Love," Denise chipped in, and a disheartened Eddie responded: "Oh.. cheers".

Then a few weeks later, Denise left her boyfriend a little red-faced with a bedroom bombshell nobody asked for.

The couple were shown watch Channel 4 show My Gay Dogs and Other Animals and Denise, made a cheeky comment as the pooches went at it.

The blonde exclaimed: "His aim's all wrong," before adding to Eddie: "Bit like you!"

Denise also once revealed that she was propositioned by not just one, but two A-list celebrities.

She told Daily Star in 2013: "I've been propositioned twice, but I can't say who by.

"All I'll say is the first was a famous American actor who left a voicemail on my phone and the other was a big sports star who slid a note under my door.

"Both times I was seeing someone though, so I didn't take them up on their advances."

She also admitted to romping in costume in a theatre whilst performing during the pantomime season.

The steamy romp happened years ago when she was performing in Dick Whittington in the West End in London.

She said: "I once had sex in my panto costume when I was Alice Fitzwarren in Dick Whittington," although she wouldn't say who it was with or exactly where the romp took place.