Home » Music » Did John Lennon or Paul McCartney Write the Dark Lyrics of 'Getting Better'?

On the whole, Sgt. Pepper’s Lonely Hearts Club Band was an upbeat, positive record. Between the whimsical title track, “With a Little Help From My Friends,” and “Fixing a Hole,” the first side is heavy on Paul McCartney at his brightest and bounciest.

Paul keeps it going on the second side with “When I’m Sixty-Four,” “Lovely Rita,” and the “Sgt. Pepper’s” reprise. If you didn’t know any better, you might think the songwriter never saw a cloud in the sky and never had a dark thought in his life.

And we haven’t even gotten to “Getting Better.” From the ringing opening chords to the lyrics touting the improvements in life since the narrator met his girlfriend, Paul sings with his trademark determination to look at the sunny side of life. But things take a very dark turn in the third verse.

Suddenly, we’ve gone from talk of a generically “angry young man” to the narrator physically abusing his woman. “I beat her and kept her apart from the things that she loved,” Paul sings. If that doesn’t sound like Paul at all, that’s because he didn’t write that section.

John Lennon contributed the darkest moments of ‘Getting Better.’ 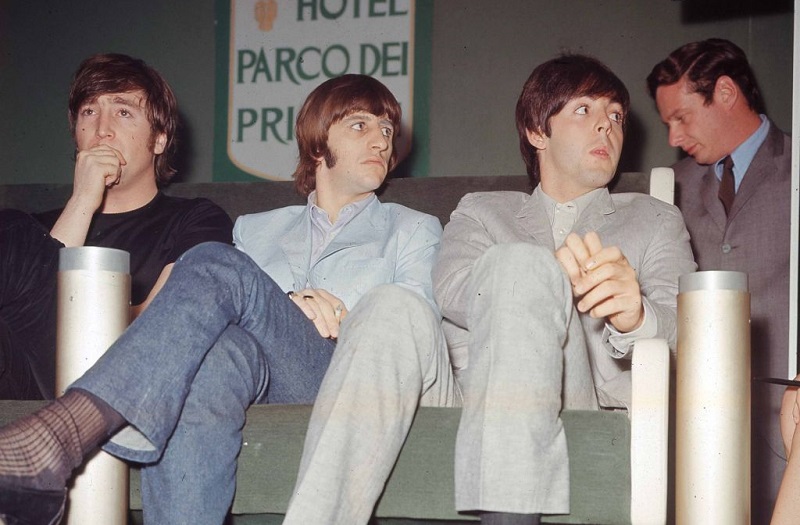 In the decades after the Beatles breakup, Paul and John Lennon gave rock journalists what they wanted: details on the composition of every Lennon-McCartney track in their great run together.

Though there was little mystery about the main writer of “Getting Better,” those grim lyrics definitely didn’t sound like Paul. And John took credit for them. “All that ‘I used to be cruel to my woman, I beat her and kept her apart from the things that she loved’ was me,” he told Playboy’s David Sheff in 1980.

“I was a hitter,” John continued. “I couldn’t express myself and I hit. I fought men and I hit women. That is why I am always on about peace, you see. It is the most violent people who go for love and peace. Everything’s the opposite.”

At that point, John had been married (not always happily) to Yoko for over a decade — and he’d learned his lesson. “I am a violent man who has learned not to be violent and regrets his violence,” he told Sheff. “I will have to be a lot older before I can face in public how I treated women as a youngster.”

John also offered ‘It can’t get no worse’ in the chorus. 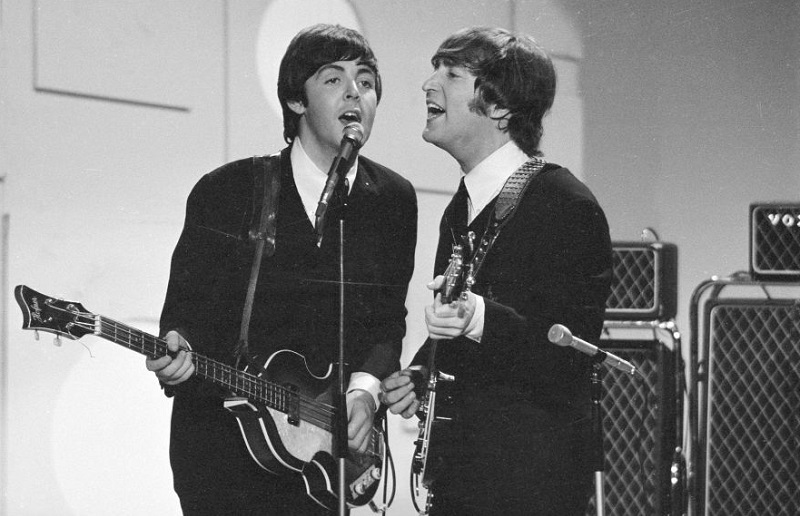 Looking back on his Beatles songs in 1984, Paul mentioned how he loved John’s contribution on the track. (“I’ve got to admit it’s getting better,” Paul sings. “A little better all the time.” And then comes the rejoinder: “It can’t get no worse.”)

“All I remember is that I said, ‘It’s getting better all the time,’” Paul said. “And John contributed the legendary line, ‘It couldn’t get no worse.’ I thought was very good. Against the spirit of that song, which was all super-optimistic … Then there’s that lovely little sardonic line. Typical John.”

John and Paul were working together for most of the Sgt. Pepper’s sessions and recorded some of their most famous songs on that record (including “A Day in the Life“). It was definitely a time when they were bringing out the best in each other — even when things got dark.