Home » Music » Did Marilyn Manson and Evan Rachel Wood Have Sex in a Music Video? 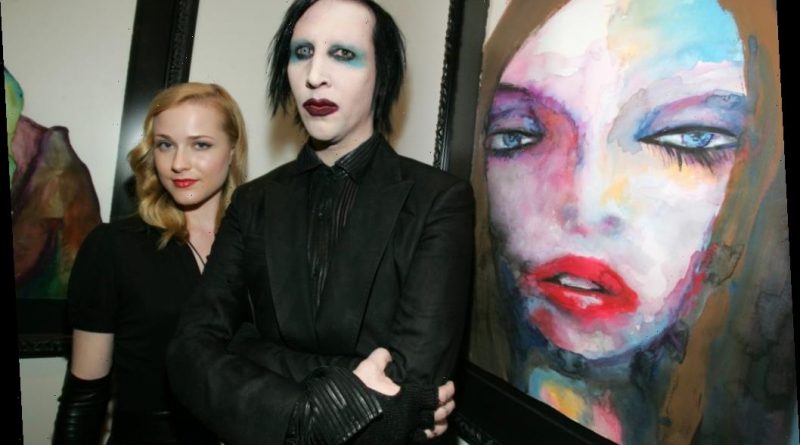 Marilyn Manson and Evan Rachel Wood had a very public relationship which sometimes worked its way into Manson’s music and public image. For example, Wood starred in a very explicit music video with Manson. Here’s a look at the video that inspired a lot of rumors — and what Manson was trying to accomplish with it.

Manson’s early album dealt with a lot of weighty themes, including American politics, philosophy, and Christianity. On the other hand, his later album Eat Me, Drink Me focused more on his love life. The lead single from that album was “Heart-Shaped Glasses (When the Heart Guides the Hand).” In the lyrics of the song, Manson threatens to break a woman’s glasses if she breaks his heart.

In the video for the song, Manson and Wood appear to be having sex while covered in blood. Simulated sex is really common in film and music videos, however, Blabbermouth said there were rumors the sex scene in the video was real. What did Manson have to say about this rumor?

“Let’s say there were some conservative people involved [with the video] that got a little upset about things that were taking place, and there’s been rumors back and forth, but I will not confirm or deny them,” Manson said. “I did insist that Evan be paid the most that any actress has ever been paid in music-video history to be in this, even though she wouldn’t have asked for it. There’s no one else that could’ve been in it, because it was inspired by her.”

Manson is known for being shocking and he discussed this in relation to the video. “Anyone who is lazy or, I guess, has the lack of depth to expect [a video from me] to be shocking and then say it’s not shocking, is essentially the same as saying your partner is bad in bed when you’re a masturbator,” Manson explained. “I wasn’t intending to be shocking — I was intending to make something romantic, in the tradition of Bonnie and Clyde and Rebel Without a Cause.”

How did the public react to ‘Heart-Shaped Glasses (When the Heart Guides the Hand)’?

So did the video for “Heart-Shaped Glasses (When the Heart Guides the Hand)” help propel the song to success? No. The song did not chart on the Billboard Hot 100. Although Manson is one of the most famous industrial/heavy metal musicians of his generation, he has never been a chart juggernaut. His highest-charting single is “The Dope Show,” which reached No. 22 on Billboard’s Bubbling Under Hot 100 Chart. This is the equivalent of “The Dope Show” reaching No. 122 on the Billboard Hot 100. “Heart-Shaped Glasses (When the Heart Guides the Hand)” may have raised eyebrows, but it didn’t resonate much with the public.