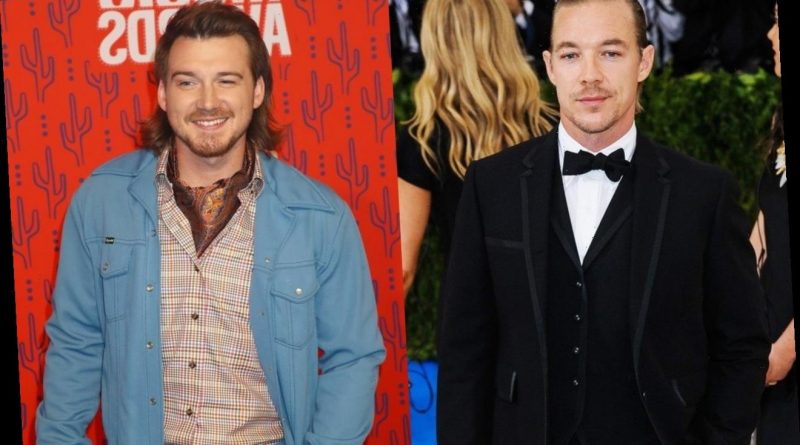 The Major Lazer star is sorry for playing ‘Heartless’ which features the country music singer at his recent set and pledges to donate proceeds from the song to NAACP.

AceShowbiz –Diplo is following Jason Isbell‘s lead and making a donation to the NAACP after expressing remorse for including a Morgan Wallen tune in his Super Bowl after-party DJ set.

The country singer has been blacklisted in the music industry ever since he was caught on camera using the N-word with friends following a drunken night out on 31 January (21).

He quickly apologised, but the backlash was swift and on Wednesday (10Feb21), Isbell announced he was directing all songwriting royalties he would be receiving for his track “Cover Me Up”, which Wallen remade for his hit project, “Dangerous: The Double Album”, to officials at the civil rights organisation, the National Association for the Advancement of Colored People (NAACP).

Hours later, Diplo revealed he would be doing the same for his 2019 track “Heartless”, which features Wallen, after spinning the song at a post-Super Bowl bash on Sunday.

Taking to Twitter, the DJ wrote, “Heartless is a old song of mine thats been in my live set for years.”

“Im sorry, I didn’t mean to make anyone mad or offended by playing a song featuring Morgan. It was by no means a Political statement or a message. Jason’s doin the right thing, Im also donating my proceeds (sic).”

Wallen has since also returned to social media to urge fans not to defend his actions because he knows he “let so many people down” with his use of the racial slur, which he realises “can truly hurt a person.”

“I appreciate those who still see something in me and have defended me,” he added. “But for today, please don’t. I was wrong. It’s on me. I take ownership for this and I fully accept any penalties I’m facing.”

Wallen’s music was removed from a host of radio stations and playlists across the U.S. in the wake of the scandal while his recording contract has also been put on hold.