Home » Music » DJ D-Nice Opens Up About Club Quarantine as a 'Safe Space' for Black Community: 'We've Lost a Lot of People' 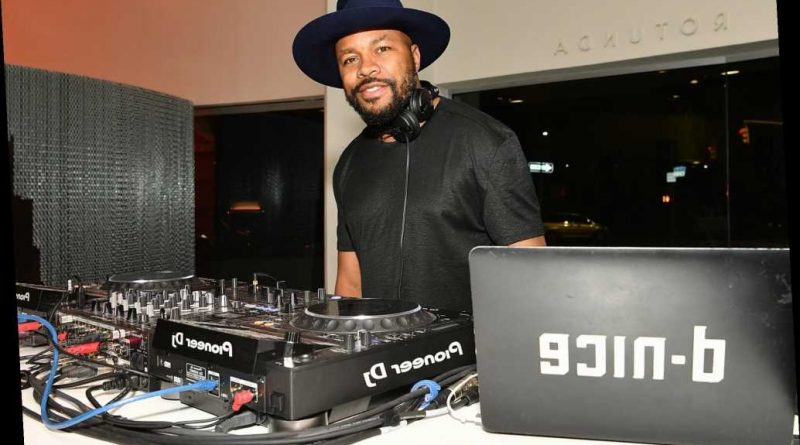 DJ D-Nice is many things outside of being a DJ: a rapper, producer, photographer and father. But mainly, like everyone in 2020, D-Nice was a person looking for joy in a year where it was so difficult to find any.

On a given night with his Instagram live DJ sets called "Club Quarantine," D-Nice, 50, can bring 100,000 or more together in his home and help viewers dance away their anxieties. With the one year anniversary of Club Quarantine this Friday, D-Nice reflects on how this unexpected virtual community uplifted so many people, especially Black Americans, during difficult times.

With a year marked by the coronavirus pandemic and a summer fueled by Black Lives Matter protests to fight against racial injustice, Black Americans undoubtedly faced hardship and loss. D-Nice shares that Club Quarantine became a place for people to heal and, for a moment, step away from their grief.

"I felt like my job was important to be a source of inspiration to so many people," D-Nice tells PEOPLE. "Last year was difficult. We've lost a lot of people. I've lost a lot of friends in the music industry due to COVID. But then we were also fighting when protesting was going on in our communities and police brutality, it was hard. That's what made Club Quarantine so important, because it was always a safe space for people." He added, "even after you've protested your view or you dealt with the loss of a loved one, people still found ways to come into this little community, by the 10s of 1,000s, and support each other. It's just been beautiful to see and to be a part of."

D-Nice's Instagram live stream began as a way for him to talk about music with friends and followers, but once word got out and D-Nice began playing music, the live stream quickly blew up and eventually received appearances from names like Oprah, Halle Berry, Jennifer Lopez, Steph Curry, Joe Biden, Michelle Obama and more.

As a celebration for the anniversary of Club Quarantine, D-Nice is not only hosting a 24-hour long set, but he also has released his first D-Nice led record in over 30 years called "No Plans For Love," featuring R&B singer NE-YO and rapper Kent Jones. The DJ says he wanted to create a song that families could dance to together.

"The songs that you listen to when you are at home with your family, that's the type of vibe that I'm on," says D-Nice. "This is no disrespect to any artist, because I actually love all of these artists, but how many times did you put that Migos record on for your mother? So to be able to play something that can bring families together has been extremely important to me during this time. This project is a direct reflection of that feeling."

D-Nice will also be using the anniversary celebration to give back, as he plans to use Club Quarantine to help raise money for 1000 Black Girl Books on Friday, a book drive started by Marley Dias to showcase more Black female representation in children's books, and Saturday he's raising funds to help Black musicians during COVID.

Service is nothing new to D-Nice as his live streams have helped raise money for frontline workers, Historically Black Colleges and Universities, the Apollo theater and he also helped First Lady Michelle Obama as a co-host for her "couch party" in support of When We All Vote, an effort to increase voter registration.

Although the performer shares that he has DJed for the Obamas before, he was still "nervous" when Michelle Obama appeared on Club Quarantine.

"The only time that I was nervous was when Michelle Obama first popped in," says D-Nice. "Even though I knew she was joining, I was still kind of nervous because the song was fading out and I was trying to remember what her favorite song was. And I was like, 'Oh my gosh, I gotta get this right.'"

The DJ shares that not only did Club Quarantine act as a service to others, but also to himself. Facing isolation while stuck in his LA home during the COVID pandemic, D-Nice said that Club Quarantine has been all "love" for him.

"When I first started doing this, I thought I would have no room for new friends but here I am now with like two million new friends," says D-Nice. "I feel like I got this new family now. I really do feel like I'm a part of a bigger community… I spent most of my career feeling as a DJ; DJ life is one of the loneliest lives. So this virtual community just allows me to not feel lonely. It just feels like love."