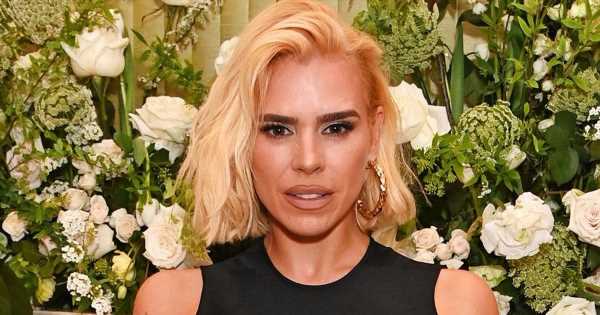 Billie Piper has been "rushed to hospital" after suffering a dance injury while filming the second series of I Hate Suzie.

The actress, 39, who plays Suzie Pickles in the show, hurt her back while recording scenes which sees her character compete in a Strictly Come Dancing style show called Dance Crazee.

Former pop star and Doctor Who actress Billie sought medical help after she reportedly "hurt herself quite badly" on set.

A TV insider told The Sun: "It was a case of life imitating art as she found out just how challenging taking part in a contest like this can be.

"Billie hurt herself quite badly trying to master some challenging moves and it was decided it would be best if she went to hospital to get checked out properly.

In the end she was fine but the setback will have some impact on filming."

Filming for the second series of Sky Max's I Hate Suzie, which Billie co-created, is expected to air later this year.

I Hate Suzie Too sees the character, a child star turned actress, beginning a new job on Dance Crazee to support her son Frank (Matthew Jordan-Caws).

After its release in August 2020, the eight-part drama was praised for its gripping storyline while Billie was highlighted for her impressive performance.

Billie was nominated for a BAFTA in the best actress category for her performance.

Speaking about the new series, co-creators Billie previously said: "We are thrilled to be back working together on this horrifying fever dream we share – I Hate Suzie Too (this time there's sequins)."