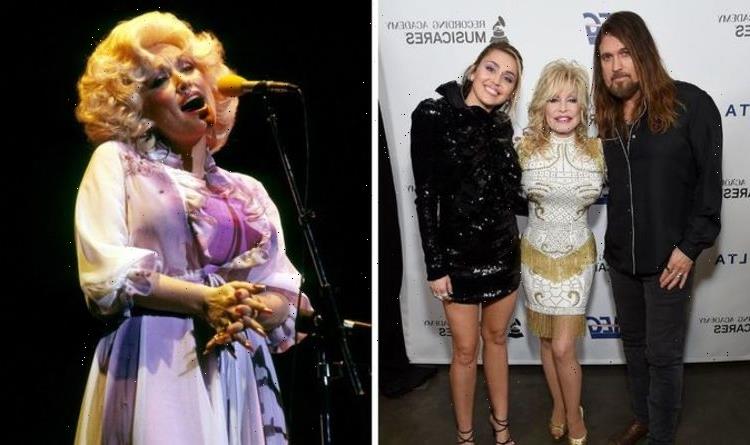 Dolly Parton is known as the “fairy godmother” to her goddaughter Miley Cyrus. As well as this, she has spoken out about having nieces and nephews running around her a great deal, which brings her joy. However, she has opened up about the reasons why she and her husband have not had children of their own.

Despite being married since 1966, Dolly Parton and her husband Carl Dean do not have children, for various reasons.

She has opened up on this a few times in interviews, and it seems there have been health and professional issues preventing the couple from having their own kids.

Speaking to The Guardian about not having children in 2014, Parton said: “If we’d had a girl, she was gonna be called Carla… Anyway, we talked about it, and we dreamed it, but it wasn’t meant to be.

“You always wonder. My husband and I, when we first got married, we thought about if we had kids, what would they look like?

In the end, Parton said she would have felt “guilty” about leaving children to go on tour, saying she wouldn’t have been “a star” if she had a family.

As well as these reasons, in the 1980s, Parton had a partial hysterectomy because of the pain of endometriosis.

In 2008, she opened up about it for the first time, telling The Globe: “It was an awful time for me. Every day I thought, ‘I wish I had the nerve to kill myself’.”

However, working with Sylvester Stallone on the film Rhinestone helped her come out of a deep depression.

She added: “Even though the movie didn’t do that well, that was one of my greatest projects because Stallone was so full of life and so crazy and funny, and he made me laugh a lot, which was really healthy for me. That got me back on track.”

Despite not having children of her own, she has nieces and nephews and is referred to by them as Aunt Granny.

She is also the godmother of pop star and actress Miley Cyrus.

Parton has been very happy with her husband, who she met fresh off the bus in Nashville, as she was washing her clothes at the local launderette.

Speaking to the New York Times in 1976, she said: “I’d come to Nashville with dirty clothes. I was in such a hurry to get here…

“And after I’d put my clothes in the machine, I started walkin’ down the street … and this guy hollered at me, and I waved.

“Bein’ from the country, I spoke to everybody. And he came over and, well, it was Carl, my husband.”

The pair kept their relationship pretty quiet and even married in almost-secret with only a small number of witnesses present.

The couple secretly married on May 30, 1966, and travelled to Ringgold, Georgia to have a private ceremony where only the couple, Dolly’s mother, the preacher and his wife were in attendance.

The couple were rarely seen together, and despite appearing on her record sleeve for her album My Blue Ridge Mountain Boy, Carl refused to go to many events, which Dolly has said came from an agreement between them.

Not much is known about their relationship, however, Carl has been the muse behind some of Dolly’s famous hits, including Jolene and From Here to the Moon and Back.