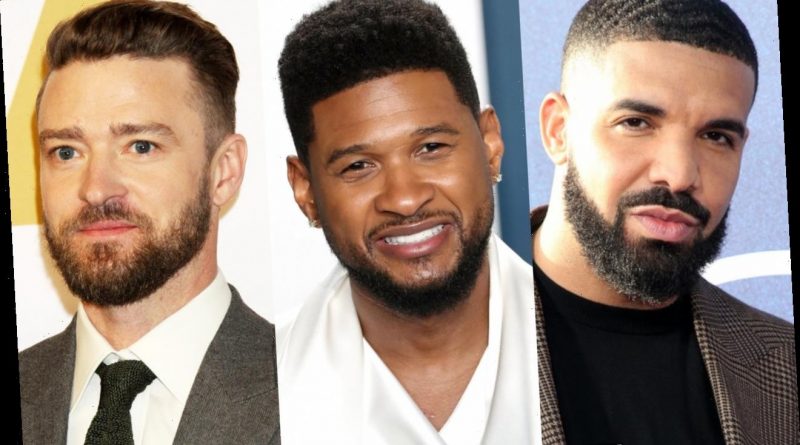 Timbaland makes the revelation when talking about efforts to make rap match between late rap rivals Tupac Shakur and Notorious B.I.G. as well as Busta Rhymes and Missy Elliott happening.

AceShowbiz –Drake is pushing for an Usher/Justin Timberlake face off on Swizz Beatz and Timbaland‘s Verzuz battle initiative.

The brains behind the idea have revealed the Canadian star has been in touch, urging Timbaland and Swizz Beatz to recruit the two superstars for an upcoming back catalogue battle.

“Drake hit me up too about it,” Timbaland tells ESPN. “He said, ‘We gotta make that happen’. I said, ‘Soon to come. Soon to come’.”

The pair is also working on battles royale between late rap rivals Tupac Shakur and Notorious B.I.G., and Busta Rhymes and Missy Elliott.

“It is, to me, the best party that could ever happen on Verzuz,” Timbaland said of a Rhymes/Elliott match-up. “It’s just a matter of comfort zone of my sister wanting to celebrate with her brother. Understanding that it’s not a competition, it’s a party. I have been talking to her about that but I think that’s an amazing Verzuz.”

The producers launched the popular entertainment series that pits producers, songwriters and artists against each other in a rap battle style format on Instagram Live and Apple Music at the beginning of the COVID lockdown last year (20). Competitors take it in turns to play a song from a list of 20 from their discography, as fans, friends and fellow artists watch on. A winner is decided by Timbaland and Swizz Beatz.

So far, highlight face-offs have included Snoop Dogg and DMX, Alicia Keys and John Legend, Brandy and Monica, and Gladys Knight and Patti LaBelle, while Ashanti took on Keyshia Cole in a Verzuz battle on Friday, January 22.